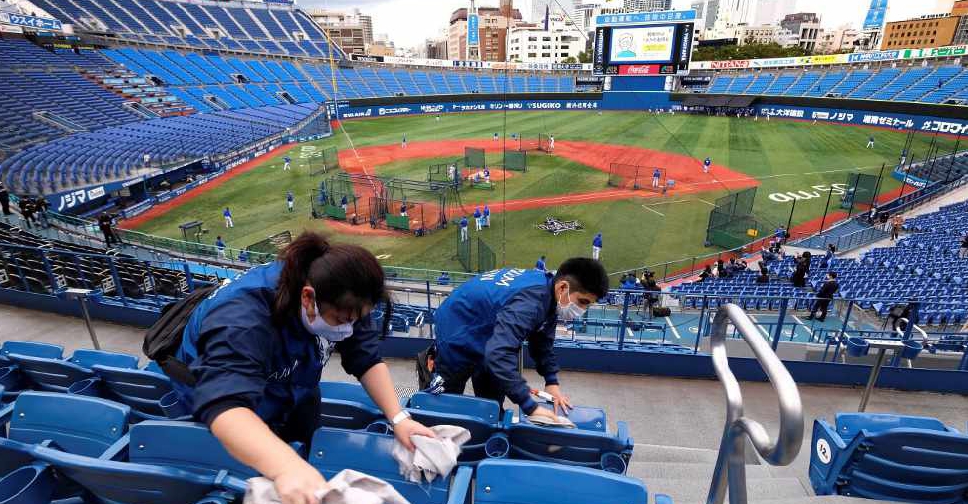 As president of the International Olympic Committee (IOC), Bach is visiting Japan for two days of meetings with Games organisers to discuss countermeasures against the coronavirus and other issues.

The visit is his first to the Japanese capital since Bach and former prime minister Shinzo Abe decided in March to postpone the Games to 2021 because of virus riks.

Suga and Bach spoke through white surgical masks at Monday's meeting. Suga, who succeeded Abe in September, reiterated his commitment to hosting the Games, saying he looked forward to working closely with Bach and the IOC on the preparations.

Later, Bach told reporters that game organisers in Japan and the IOC would contribute to hosting a safe event.

"This makes us also very, very confident that we can have spectators," he added.

Later on Monday, Bach is set to award Abe the Olympic Order, the IOC's highest accolade. He will also visit the newly-built National Stadium and meet Tokyo governor Yuriko Koike.

Bach's key topics of discussion with organisers will include whether to allow spectators into venues, and how best to safely accommodate more than 11,000 athletes from across the world.

His visit comes a week after Tokyo successfully hosted a one-off international gymnastics meet at which organisers tested a range of COVID-19 countermeasures.

News of a potentially successful vaccine from Pfizer Inc has boosted hopes for next year's staging of the Games, but Japanese public opinion remains mixed.

Nearly 70 per cent of respondents told a July poll by broadcaster NHK that the Games should be further postponed or cancelled.

In contrast, most Japanese firms want the Games to go ahead next summer, even though they admit their contribution to the economy would be limited.

As many as 68 per cent of large and medium-sized non-financial companies surveyed by Reuters from October 26 to November 4 believe the Games should go ahead, with three-quarters saying that spectator numbers should be restricted.