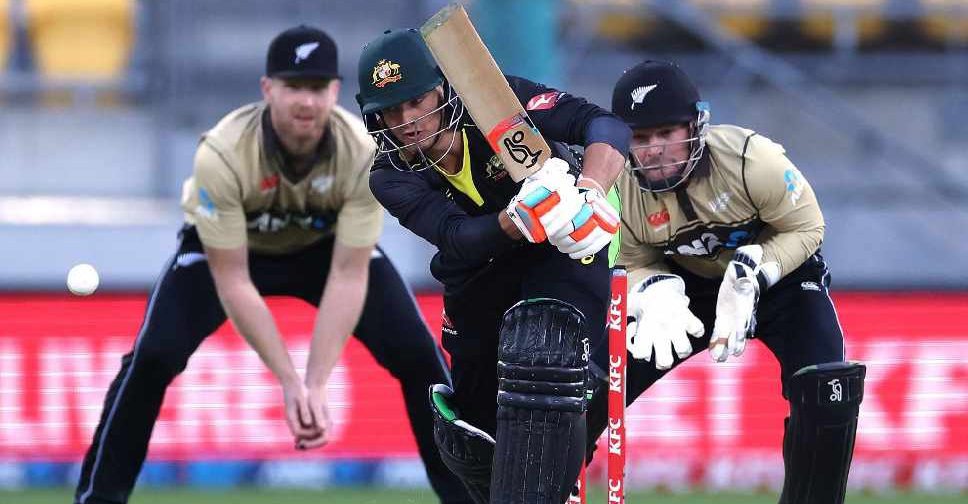 Skipper Aaron Finch led the way with a battling 79 not out as Australia hammered New Zealand by 50 runs in the fourth Twenty20 in Wellington on Friday to tie up the series at 2-2 and set up a final match decider.

Finch clubbed 26, including four sixes, off the final over of Australia's innings to take their score to 156 for six, which proved more than enough to complete a comeback after losing the first two matches in the series.

New Zealand's bowlers, led by Ish Sodhi's 3-32, had taken wickets at regular intervals and contained Australia reasonably successfully until Finch hit Kyle Jamieson all over the ground in the final over.

Finch sliced his first shot for two runs but then hit two sixes over extra cover, another straight down the ground to long-on and finished off the innings with a fourth over the midwicket boundary.

The home batsmen would still have been reasonably confident of chasing down the runs and clinching the series but Australia's bowlers applied pressure from the start.

The innings never recovered after opener Tim Seifert, skipper Kane Williamson and Glenn Phillips were dismissed in successive overs to leave the hosts on 41 for four.

Jamieson made some amends with 30 runs but it was too little, too late and Australia wrapped up the win with seven balls to spare when Kane Richardson (3-19) had him caught at long-on to end New Zealand's innings on 106.

The match was scheduled for Eden Park in Auckland but New Zealand's snap seven-day coronavirus lockdown resulted in a switch to Wellington Stadium, where no fans were allowed.

The restrictions will be lifted on Sunday morning, however, to allow a crowd for the final match of the series at the same venue later in the day.