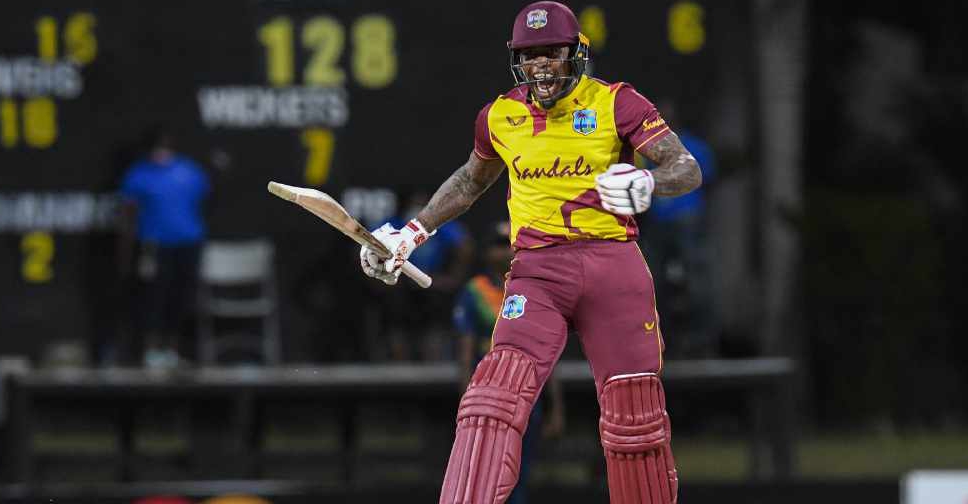 Allen had already claimed 1-13 from his four tidy overs, helping restrict Sri Lanka to a modest 131-4 in the third match at the Coolidge Cricket Ground.

Sri Lanka elected to bat but were reduced to 47-4 at the halfway stage of their innings, raising some doubt as to whether they could bat out their full quota of 20 overs.

Dinesh Chandimal made 54 not out and Ashen Bandara remained unbeaten on 44 to help them to a competitive total on a slow track.

Reigning Twenty20 world champions West Indies started well but the Sri Lankan spinners refused to throw in the towel. Wanindu Hasaranga dismissed Evin Lewis and Lendl Simmons in his successive overs to put pressure on the hosts, who slumped to 105-7 in the 17th over.

Needing 20 off 12 balls, Allen smashed Akila Dananjaya for three sixes to secure their victory with an over to spare.

Dananjaya had claimed a hat-trick in the first match before being smacked for six sixes in an over by West Indies captain Kieron Pollard.

The teams will meet again in a three-match one-day series from Wednesday which will be followed by two tests.