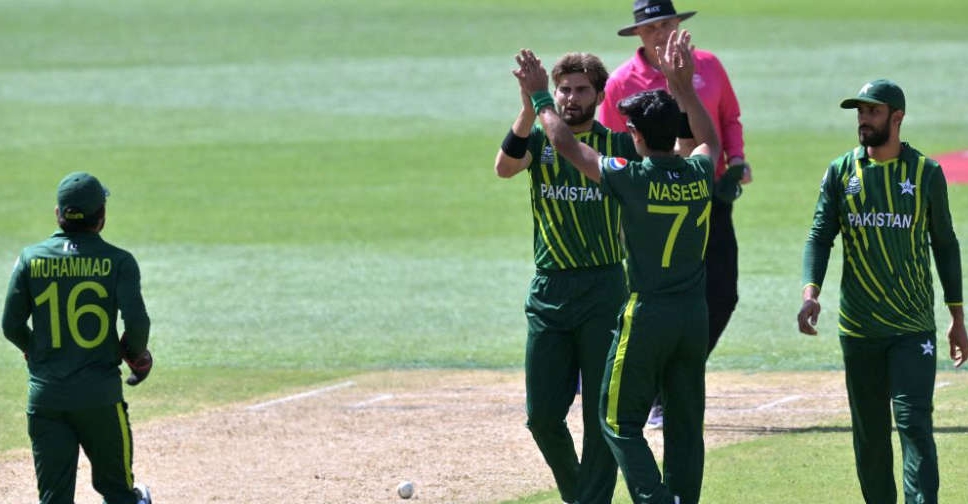 Pakistan clinched a semi-final spot at the ICC Men's T20 World Cup with a five-wicket victory over Bangladesh in Adelaide on Sunday.

Bangladesh began well after captain Shakib Al Hasan elected to bat and were 70-1 at the halfway stage.

Shadab Khan dismissed Soumya Sarkar and Shakib in successive deliveries though the lbw decision against the Bangladesh skipper, who had charged down the track, looked doubtful with replays showing an edge.

Najmul Hossain made 54 but Bangladesh could not make the most of the decent start and settled for a below-par 127-8.

Pakistan captain Babar Azam (25) and deputy Mohammad Rizwan (32) began cautiously but could not convert the starts and departed in successive overs.

Mohammad Haris produced a breezy 31 to calm nerves in the Pakistan camp as the 2009 champions went on to win with 11 balls to spare.

Pakistan join Group 2 rivals India in the semi-finals of the Twenty20 World Cup.

India, who conclude their group campaign against Zimbabwe later on Sunday in Melbourne, and Pakistan are level on six points, while South Africa finished on five.

New Zealand and England have qualified for the semi-finals from Group 1.