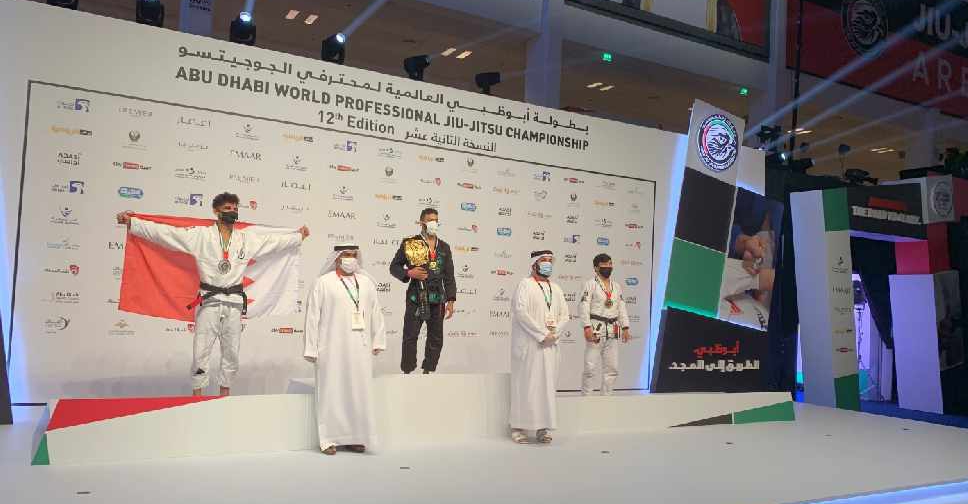 Under the patronage of His Highness Sheikh Mohamed bin Zayed Al Nahyan, Crown Prince of Abu Dhabi and Deputy Supreme Commander of the UAE Armed Forces, the 12th edition of the Abu Dhabi World Professional Jiu-Jitsu Championship concluded at Zayed Sports City in the UAE capital on Friday.

The final day of the event saw heated competitions where Brazilian grey and black belts holders prevailed and notched the top in various weight classes. The South American nation came first with 61 medals, followed by the UAE, with 24 medals, and Russia third with four medals.

Attending the final day of the competitions, which ran from April 6-9, were Sheikh Nahyan bin Mubarak Al Nahyan, Cabinet Member and Minister of Tolerance and Coexistence, and Mohammed Salem Al Dhaheri, Vice President of the UAE Jiu-Jitsu Federation, along with a number of dignitaries.

Sheikh Nahyan lauded His Highness Sheikh Mohamed bin Zayed 's patronage of the championship. "Hosting the competitions in the UAE has proved Abu Dhabi to be the global capital of jiu-jitsu, with the nation now boasting renowned champs at all levels in this sport," Sheikh Nahayan said.

"Abu Dhabi has corroborated its ability to host global sporting events over the past years thanks to the emirate's safe environment and sophisticated infrastructure, with the 12the edition of this event having been organised in challenging circumstances due to the unprecedented situation the world is reeling under due to the COVID-19 pandemic," he added.

Commenting on the neat organisation of the championship, Mohammed Jalal Al Rayssi, Director-General of Emirates News Agency (WAM), who attended today's competitions, expressed pride of the impressive achievements made by the country's jiu-jitsu champs.

"The UAE Jiu-Jitsu Federation's achievements over the past period are not made spur-of-the-moment, but they are rather the results of the great support provided by His Highness Sheikh Mohamed bin Zayed Al Nahyan, Crown Prince of Abu Dhabi and Deputy Supreme Commander of the UAE Armed Forces, and the collective efforts put by professional teams in the form of integrated strategies aimed at ensuring the UAE will achieve its ambitious target to be second to none in all fields," Al Rayssi added.