Flying off the shelves: Chocolate-covered cicadas a hit in Maryland 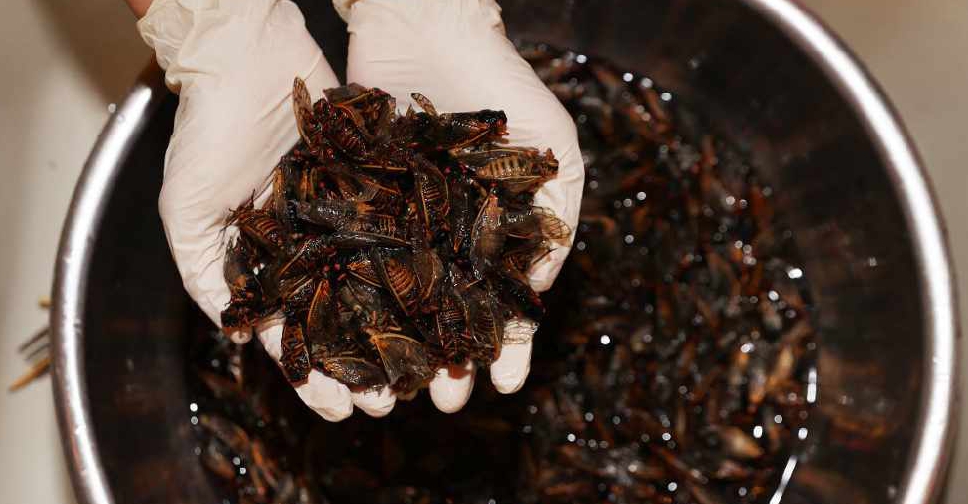 Some might cringe, but at one Maryland chocolate shop, 17-year-old insects are flying off the shelves.

Sarah Dwyer, of Chouquette Chocolates in Bethseda, started coating cicadas in chocolate and selling them when the periodical Brood X emerged this spring for the first time since 2004.

Now her chocolate shop has a ten-day backlog for cicada orders. They are delicious, she says.

"When you combine the chocolate, the cinnamon, and the nuttiness of the bugs, it really gives you that holiday feeling of when you're walking around a big city and they're roasting nuts on the sidewalk, that cinnamon smell, it's really what it tastes like," Dwyer said.

Dwyer and her employees gather the cicadas from a copse of trees behind their chocolaterie. The bugs are so numerous, they land right on the employees. The cicadas are then put in a paper bag and placed in the freezer, where the cold temperature puts them to sleep before they die. She then boils the cicadas to clean them, and crisps them in an air fryer.

Once the cicadas have been fried, Dwyer sprinkles them with either cinnamon or savory Old Bay seasoning and they are ready to be covered in chocolate.

"I did go to pastry school in Paris to learn my dipping technique. I'm pretty sure no one thought I would be using it on cicadas," she said.

For Dwyer, this is a chance for consumers to become more familiar with a type of protein she thinks will be a lot more popular by the next time these insects start to sing again.

"There's not enough protein to go around, and I think, I really do think that in 2038, people will not think twice about eating a bug at all," Dwyer said.