Four deaths, 52 arrests made after Trump supporters storm US Capitol 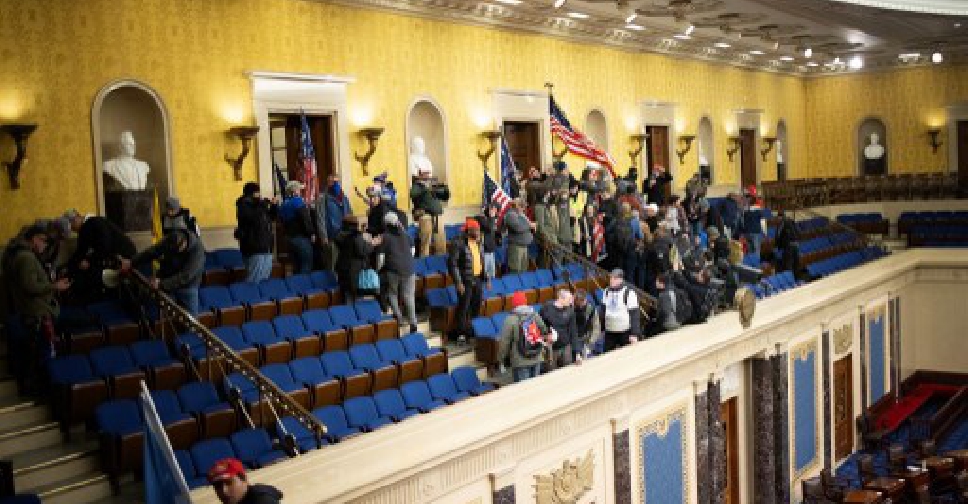 Of the arrests, 47 of them have been detained for curfew violations.

Washington DC Police added that the woman died from gun shot wounds and three others died as a result of "medical emergencies".

The group forced their way into the building in an attempt to block the certification of the presidential election results.

Police helped lawmakers out of the building and struggled for more than three hours to clear the Capitol of Trump supporters, who surged through the halls and rummaged through offices.

One woman died after being shot during the mayhem, Washington police said. The FBI said it had disarmed two suspected explosive devices.

Police declared the Capitol building secure shortly after 5:30 pm local and lawmakers reconvened after 8:00 pm to resume the election certification.

"To those who wreaked havoc in our Capitol today - you did not win," the US Vice President Mike Pence said as the session resumed. "Let's get back to work," he said, drawing applause.

"We will certify the winner of the 2020 election," Senate Republican leader Mitch McConnell added, calling the assault by Trump supporters a "failed insurrection." 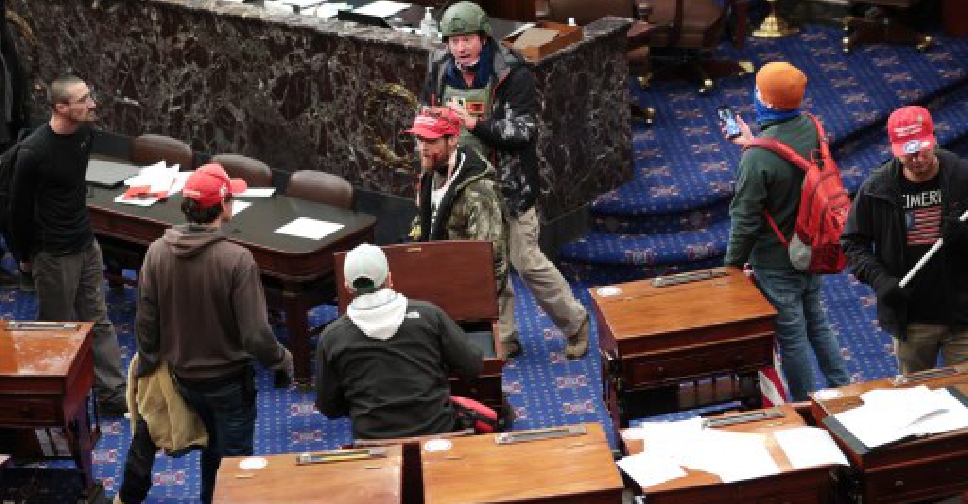 Lawmakers were debating a last-ditch effort by pro-Trump lawmakers to challenge the results, which was unlikely to succeed. But some who had planned to object said they would cut their effort short and perhaps only challenge the results in one state instead of multiple states.

Washington Mayor Muriel Bowser ordered a citywide overnight curfew. National Guard troops, FBI agents and the US Secret Service were deployed to help overwhelmed Capitol police, and Guard troops and police pushed protesters away from the Capitol after the curfew took effect.

"This is how election results are disputed in a banana republic — not our democratic republic. I am appalled by the reckless behaviour of some political leaders since the election,” former President George W. Bush, a Republican, said in a statement, without mentioning Trump by name.

It was the most damaging attack on the iconic building since the British army burned it in 1814, according to the US Capitol Historical Society.

The chaotic scenes unfolded after Trump, who before the election refused to commit to a peaceful transfer of power if he lost, addressed thousands of supporters near the White House, repeating unfounded claims that the election was stolen from him due to widespread fraud and irregularities.

Trump told the supporters they should march on the Capitol to express their anger at the voting process and pressure their elected officials to reject the results, urging them "to fight."

Biden, a Democrat who defeated the Republican president in the November 3 election and is due to take office on January 20, said the activity of the protesters "borders on sedition."

In a video posted to Twitter, Trump repeated his false claims about election fraud but urged the protesters to leave.

"You have to go home now, we have to have peace," he said, adding: "We love you. You're very special."

Twitter Inc later restricted users from retweeting Trump's video, and Facebook Inc took it down entirely, citing the risk of violence. Twitter said later it had locked the account of Trump for 12 hours over "repeated and severe violations" of the social media platform's "civic integrity" rules and threatened permanent suspension.