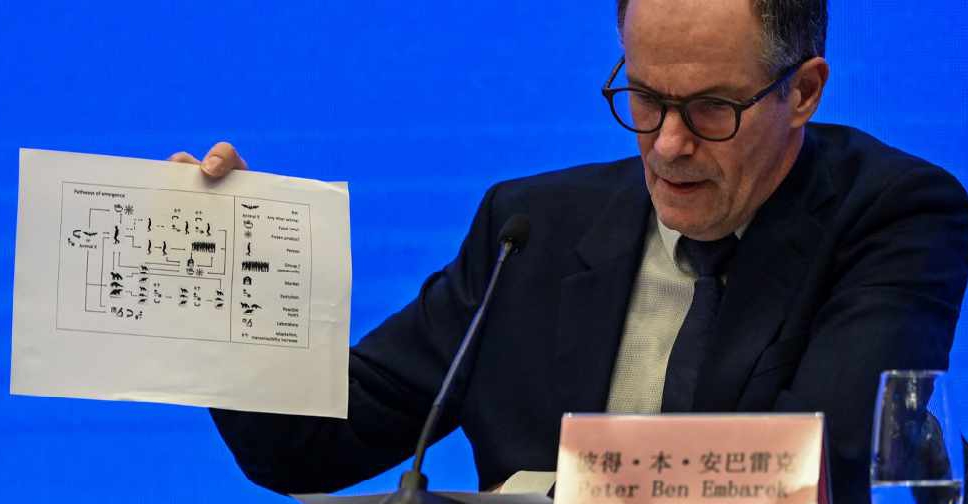 The head of the WHO-led team in the central Chinese city of Wuhan probing the origins of COVID-19 said on Tuesday that cold chain transmission of the virus is a possibility and warrants further investigation.

'Cold chain' refers to the transport and trade of frozen food. China has pushed the idea that the virus can be transmitted by frozen food and has repeatedly announced findings of coronavirus traces on imported food packaging.

However, Peter Ben Embarek, a WHO specialist in animal diseases who leads the independent group of experts, also said the team's nearly month-long investigation in Wuhan had not dramatically changed the picture of the outbreak.

"We know the virus can survive in conditions that are found in these cold, frozen environments, but we don't really understand if the virus can transmit to humans" or under which conditions, he told the briefing.

Embarek said it would be worthwhile to explore whether a frozen wild animal in a market setting with the right conditions could be conducive to rapid spread of the virus.

He said that work to identify the origins of the coronavirus points to a natural reservoir in bats, but it is unlikely that they were in Wuhan, the city where the outbreak was first identified in late 2019.

He also said investigators were looking at whether the virus was circulating earlier than first thought, and that blood samples needed to be found to conduct further research.

The possibility that the virus leaked from a lab - another hypothesis - was extremely unlikely and did not require further study, Embarek told the briefing.

The team arrived in Wuhan on January 14 and after two weeks of quarantine, visited key sites including the Huanan seafood market, the location of the first known cluster of infections, as well as the Wuhan Institute of Virology, which has been involved in coronavirus research.

Members of the team have sought to rein in expectations about the mission, with zoologist Peter Daszak telling Reuters last week that one of their aims was to "identify the next steps to fill in the gaps".

The United States said China needed to be more open when it comes to sharing data and samples as well as allowing access to patients, medical staff and lab workers. Beijing subsequently accused Washington of politicizing a scientific mission.