US to re-open to international travellers with vaccine requirements 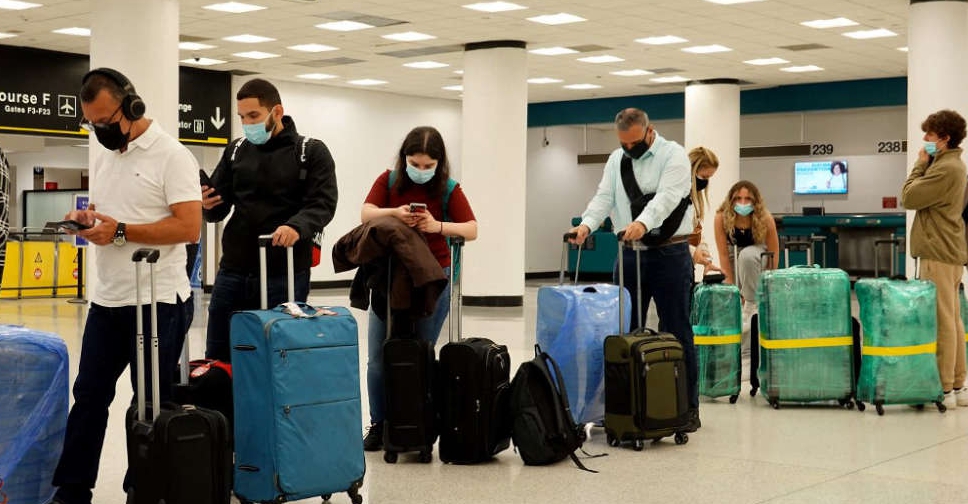 The United States will re-open to air passengers from China, India, Britain and many other European countries who have received COVID-19 vaccines in early November.

The White House made the announcement on Monday, rolling back tough pandemic-related travel restrictions that started early last year.

It plans to allow non-US citizen travellers from countries who have been barred from the United States since early 2020 as it moves to the new requirements, White House coronavirus response coordinator Jeff Zients said.

The US restrictions were first imposed on travellers from China in January 2020 by then-President Donald Trump and then extended to other countries in the following months, without any clear metrics for how and when to lift them.

President Joe Biden in April of this year added new travel restrictions on India, barring most non-US citizens from entering the United States.

The United States currently bars most non-US citizens who within the last 14 days have been in Britain, the 26 Schengen countries in Europe without border controls, Ireland, China, India, South Africa, Iran and Brazil.

There will be some exceptions to the vaccine policy, officials said, including for children not yet eligible to be vaccinated.

The new rules do not yet apply to travellers crossing land borders with Mexico and Canada.

Airlines have heavily lobbied the White House for months to lift the restrictions but were unsuccessful at having them lifted in time for the summer travel season.

The White House said in July it had concerns about the highly infectious coronavirus Delta variant and a rising number of US COVID-19 cases.

The seven-day average of reported US COVID-19 cases has more than doubled since then.