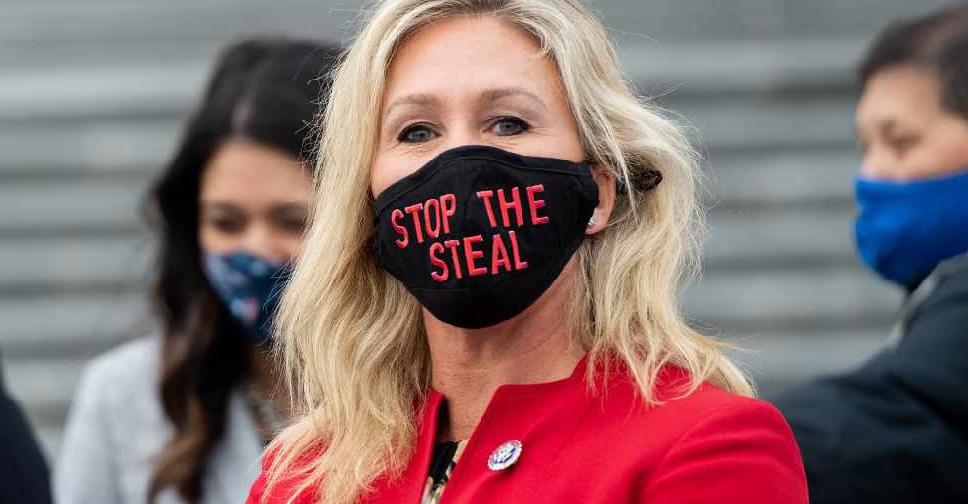 The US House of Representatives voted to strip Marjorie Taylor Greene of two high-profile committee assignments on Thursday, punishing the Republican for incendiary remarks.

In a test of unity for a House Republican caucus riven by division, nearly 95 per cent of Republicans voted to oppose the punishment after Greene expressed regret for remarks made before she entered office but failed to apologise.

Eleven Republicans joined Democrats in a 230-199 vote to approve the Democratic-backed resolution, which stripped Greene of her seats on the House Budget Committee and the House Education and Labor Committee.

"I have never encountered a situation like the one before us now, where a member has made such vile and hurtful statements, engaged in the harassment of colleagues and expressed support for political violence," House Majority Leader Steny Hoyer said before the vote.

"This is not about party. It's about whether or not you will vote for decency and truth."

Hoyer walked across the House floor, holding up a campaign photo showing Greene with an assault rifle next to three Democratic congresswomen - Alexandria Ocasio-Cortez, Rashida Tlaib and Ilhan Omar - and calling her their "worst nightmare".

The vote to punish Greene, a first-term lawmaker from Georgia and ally of former President Donald Trump, came a day after the chamber's Republican leader, Kevin McCarthy, opted not to reprimand her.

Republicans mainly attacked the resolution as a "partisan power grab" by Democrats and warned that punishing lawmakers for statements made before they entered office would set a dangerous House precedent.

McCarthy accused House Speaker Nancy Pelosi of hypocrisy for not taking similar action against Democrats for controversial remarks and warned that Thursday's vote would rebound on Democrats once Republicans retake the majority.

"You'll regret this," McCarthy said. "If people are held to what they have said prior to even being in this House, if the majority gets to decide who sits on ... committees, I hope you keep that standard, because we have a long list."