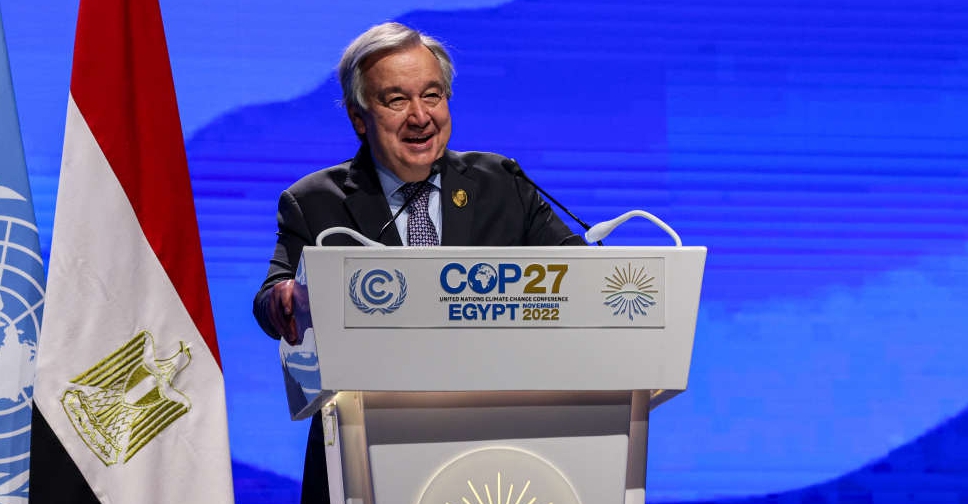 The UN Secretary General Antonio Guterres delivered an unexpected moment of levity at the COP27 climate conference on Wednesday, reading the beginning of the wrong speech before realising, chuckling and starting again with a different opening line.

Speaking in the main plenary hall of the Sharm el-Sheikh conference on Wednesday, Guterres was due to give the opening address at a session with former US Vice President Al Gore on tracking carbon emissions.

"The world is losing the race against the climate crisis, but I am hopeful because of you. You have been relentless in holding decision makers to account," Guterres began before pausing in confusion and shuffling through his written speech.

Laughing to himself, he said: "I think that I was given the wrong speech."

The delegates assembled in the hall then applauded as the correct document was brought to him.

Guterres explained that he was due to speak to a group of young people after his address, and had begun reading the speech aimed at them instead.

"There was a small confusion, I apologise."