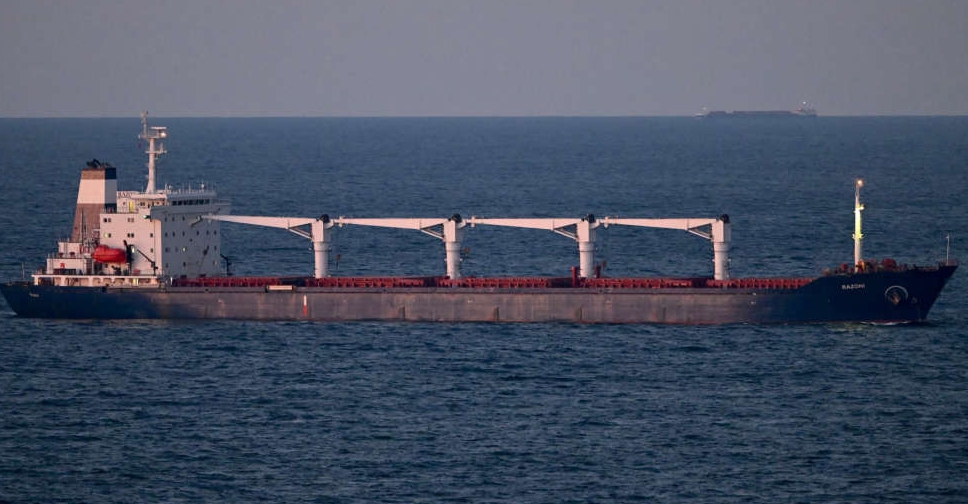 The first grain ship to leave a Ukrainian port in wartime was set to pass through the Bosphorus after inspection ended on Wednesday, while a Turkish official said such deliveries from Ukraine may pick up after the successful first trip.

The Razoni left Odesa on the Black Sea early on Monday carrying 26,527 tonnes of corn to Lebanon's Tripoli. It anchored at the entrance of the Bosphorus Strait on Tuesday night.

The sailing was made possible after Ankara and the United Nations brokered a grain and fertiliser export agreement between Moscow and Kyiv last month - a rare diplomatic breakthrough in a drawn-out war of attrition.

The ship was expected to enter the Bosphorus Strait around 1130 GMT, following the completion of the inspection by Russian, Ukrainian, Turkish and UN personnel working at a Joint Coordination Centre (JCC) in nearby Istanbul.

Ukraine's Infrastructure Ministry also confirmed the completion of the inspection and said it had 17 more vessels loaded with agricultural products that were awaiting approval to set sail.

Ukraine's ambassador to Lebanon, Ihor Ostash, told reporters the Razoni was expected to arrive in Tripoli in four to five days.

Inspection personnel boarded the Razoni after two boats ferried them from a small fishing port at Istanbul's Rumeli Feneri to the ship, which was circled by two coast guard boats while a helicopter flew around it.

The UN-brokered deal re-launched the export of grains from one of the world's top producers after they were stalled for more than five months after Russia's Feb. 24 invasion. The agreement aims to help ease global food shortages and rising prices.

After the first successful departure, a senior Turkish official said three ships may leave the three Ukrainian ports in the Black Sea every day, instead of the previously planned one.

The deal will be extended for a month at a time if exports are not completed due to the weather or problems with inspections, the official said, adding that the 120-day period appeared sufficient for Ukrainian silos to be emptied.

UN spokesperson Stephane Dujarric said that more outbound movement was being planned from Ukraine on Wednesday, adding that about 27 ships were covered by the export deal.