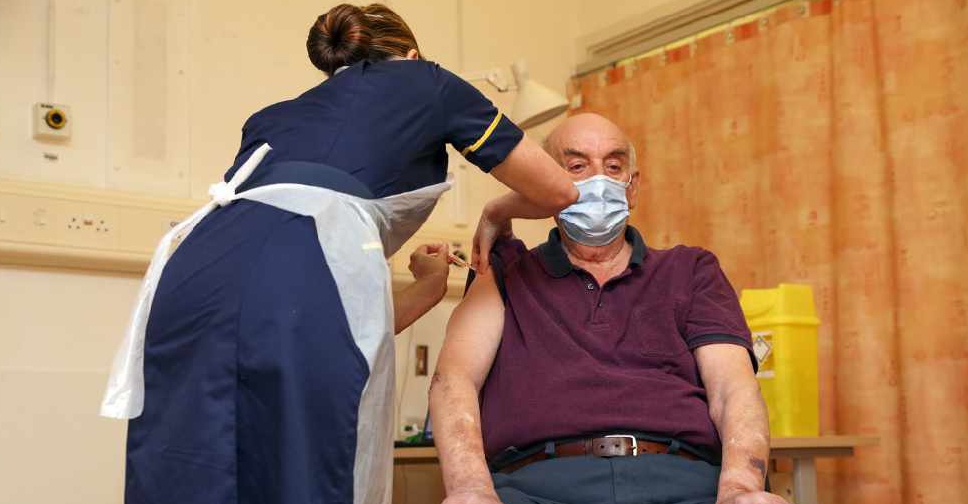 Britain began vaccinating its population with the Oxford/AstraZeneca COVID-19 shot on Monday, touting a scientific "triumph" that puts it at the vanguard of the West in inoculating against the virus.

Britain, which is rushing to vaccinate its population faster than the United States and the rest of Europe, is the first country to roll out the Oxford/AstraZeneca shot.

It rolled out the Pfizer and Germany's BioNTech vaccine last year.

Dialysis patient Brian Pinker, 82, was the first to get the Oxford/AstraZeneca shot at 0730 GMT at Oxford University Hospital, just a few hundred metres from where the vaccine was developed.

"I am so pleased to be getting the COVID vaccine today and really proud that it is one that was invented in Oxford," Pinker, a retired maintenance manager who has been having dialysis for kidney disease, said.

He was looking forward to celebrating his 48th wedding anniversary with wife Shirley in February.

"The nurses, doctors and staff today have all been brilliant," he said.

Britain has put more than a million COVID-19 vaccines into arms already - more than the rest of Europe put together, Health Secretary Matt Hancock said.

"That's a triumph of British science that we've managed to get where we are," Hancock told Sky. "Right at the start, we saw that the vaccine was the only way out long term."

Prime Minister Boris Johnson’s government has secured 100 million doses of the Oxford/AstraZeneca vaccine which can be stored at fridge temperatures between two to eight degrees, making it easier to distribute than the Pfizer shot.

Six hospitals in England are administering the first of around 530,000 doses Britain has ready. The programme will be expanded to hundreds of other British sites in coming days, and the government hopes it will deliver tens of millions of doses within months.