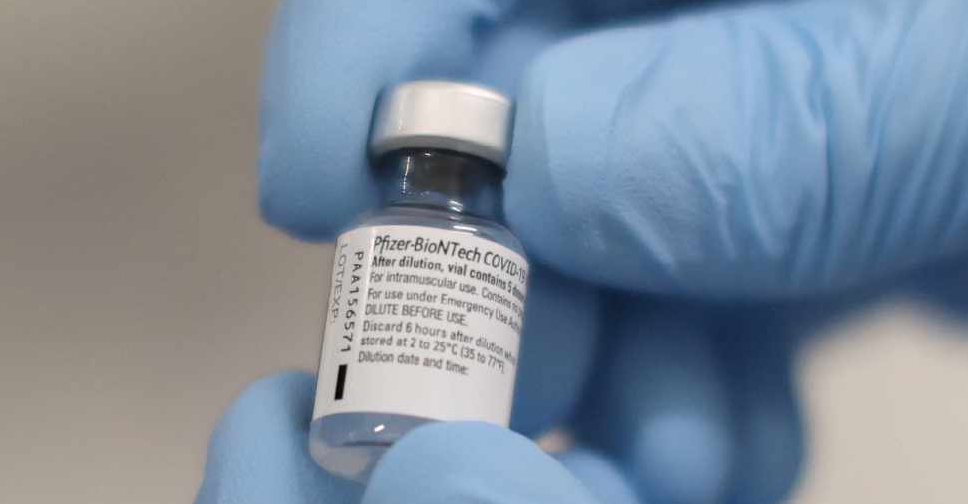 Britain's medicines regulator said on Friday it had approved the COVID-19 vaccine developed by Pfizer and BioNTech for use on 12- to 15-year-olds.

The regulator said it would now be up to the country's Joint Committee on Vaccination and Immunisation (JCVI) to decide whether to go ahead and inoculate this age group.

Children aged 12-15 are already receiving the Pfizer shot in several countries, including the United States and the UAE, while France and Germany are planning to start offering it to that age group this month.

Britain's Health and Social Care department said it would provide an update once the JCVI had made its decision.

The chief executive of the UK Medicines and Healthcare products Regulatory Agency June Raine said in a statement that her agency had carefully reviewed the clinical trial data in children aged 12 to 15 years old.

"(We) have concluded that the Pfizer/BioNTech COVID-19 vaccine is safe and effective in this age group and that the benefits of this vaccine outweigh any risk," she said.

However, giving vaccines to younger people in affluent countries while many parts of the world await doses for older and more vulnerable people has raised concerns.

The World Health Organisation has urged rich countries to give shots to the COVAX scheme instead.