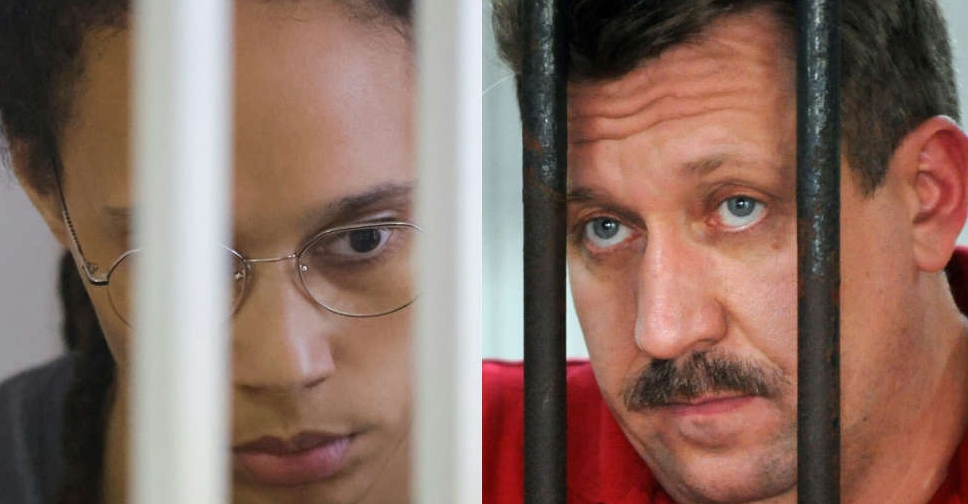 U.S. basketball star Brittney Griner has been released in a prisoner swap with Russia and is now in U.S. custody, President Joe Biden said on Thursday.

Biden and Vice President Kamala Harris spoke by phone with Griner from the Oval Office, a U.S. official said, adding that the call included Griner's wife, Cherelle. The White House released a photo of the telephone call.

Griner, 32, a star of the Women's National Basketball Association's Phoenix Mercury, was arrested on February 17.

Talks to secure her release were complicated by Russia's February 24 invasion of Ukraine and the subsequent deep souring of ties between Washington and Moscow.

A two-time Olympic gold medallist, Griner was arrested at a Moscow airport when vape cartridges containing cannabis oil, which is banned in Russia, were found in her luggage.

She was sentenced on August 4 to nine years in a penal colony on charges of possessing and smuggling drugs.

She had pleaded guilty, but said she had made an "honest mistake" and had not meant to break the law.

Last month she was taken to a penal colony in the Russian region of Mordovia to serve her prison sentence.

Dubbed "the merchant of death" and "the sanctions buster" for his ability to get around arms embargoes, Bout, 55, was one of the world’s most wanted men before his arrest.