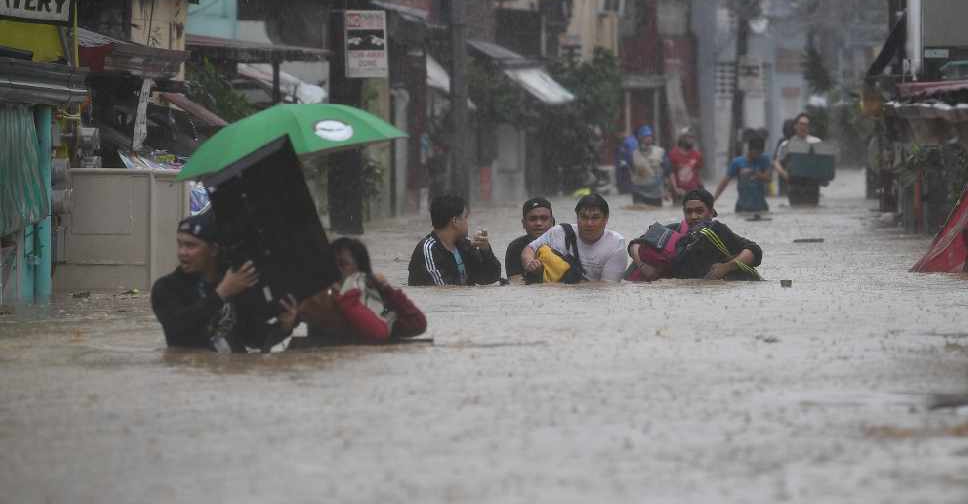 Philippine President Rodrigo Duterte ordered local agencies to hasten relief efforts after a powerful typhoon killed at least seven people and unleashed some of the worst floodings in years in Manila.

Duterte cut short his attendance of a virtual meeting of Southeast Asian leaders to inspect the damage from Typhoon Vamco, moments after a speech during which he urged his counterparts to urgently combat the effects of climate change.

The typhoon, the eighth to hit the Philippines in the past two months and 21st of the year, forced residents to scramble onto rooftops to await rescue after tens of thousands of homes were submerged.

It struck areas still reeling from Goni, the most powerful typhoon in the world this year, which killed 25 people and destroyed thousands of homes earlier this month.

"Rest assured, the government will not leave anybody behind," Duterte said in a national address, pledging shelter, relief goods, financial aid and counselling.

Nearly 200,000 people were evacuated before Vamco arrived late on Wednesday packing winds of 155 kmph and gusts of up to 255 kph. It has since weakened and exited the mainland.

Duterte told Southeast Asian leaders the devastation of recent weeks was "a stark reminder of the urgency of collective action to combat the effects of climate change".

Nearly three million households in and around Manila were without power as people waded through waist-high floods, carrying valuables and pets.

Coastguard swam through brown floodwater as high as electricity poles in some areas, while rescue workers used rubber boats and makeshift floats to move children and the elderly to safety.

In some suburbs east of Manila, residents took refuge atop flooded homes.

Roughly 40,000 homes had either been fully or partially submerged in the Marikina area, a situation its mayor, Marcelino Teodoro, said was "overwhelming" and the worst since a typhoon flooded large swathes of the capital in 2009.

Residents posted images on social media of flooded homes and the disaster agency said parts of 36 cities and towns were inundated.

Flights and mass transit in Manila were suspended and port operations stopped. Government work was halted and financial markets shut.

Vamco was headed towards Vietnam, where devastating floods and mudslides over the past month have killed at least 160 people in central areas.