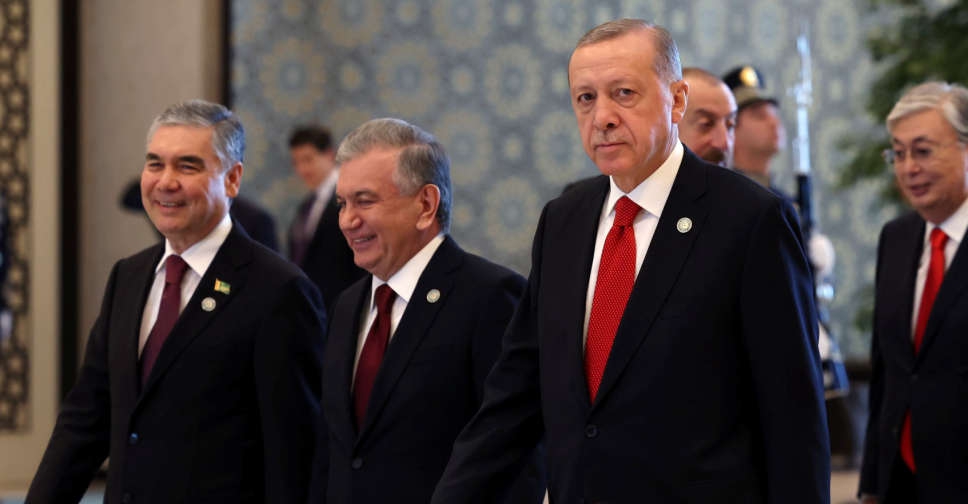 Turkey is committed to seeking a peace dialogue between Russia and Ukraine, Turkish media cited President Tayyip Erdogan as he accused the United States and other Western countries of provoking Moscow.

State broadcaster TRT and other media quoted Erdogan as saying: "The West, and especially the U.S., is attacking Russia seemingly endlessly," without elaborating on what he meant.

"Of course, Russia is displaying great resistance in the face of all this," Erdogan was quoted as telling reporters on a flight from Uzbekistan.

Western countries have armed Kyiv and provided other assistance and have also imposed stringent sanctions on Moscow since its invasion of Ukraine in February.

"We are working on how to create a peace corridor here like we had the grain corridor. We think the best way for this is a path from dialogue to peace," Erdogan said, adding Ukraine's view would be important.

NATO member Turkey hosted talks between Ukrainian and Russian delegations earlier this year and has sought to balance its criticism of the invasion and opposition to the sanctions.

Ankara and the UN brokered a deal to restart Ukrainian grain exports from Black Sea ports over the last four months. Erdogan said "it would be wrong" for Turkey to propose a specific time frame for extending the deal beyond its Nov. 19 deadline but added it should run "as long as possible."

There have been no public attempts to reconvene peace talks between the two sides since initiatives to bring about a ceasefire in Istanbul during the first weeks of the conflict broke down without progress.

Ukraine denied on Tuesday that it was under Western pressure to negotiate with Russia, doubling down on its insistence that talks could be held only if Russia relinquishes all of the territories it has occupied since the February invasion.

Russia said on Friday that it was committed to achieving the goals of what it calls its "special military operation" in Ukraine, adding such goals could be achieved through peace talks but that Kyiv's position meant holding peace talks was impossible.