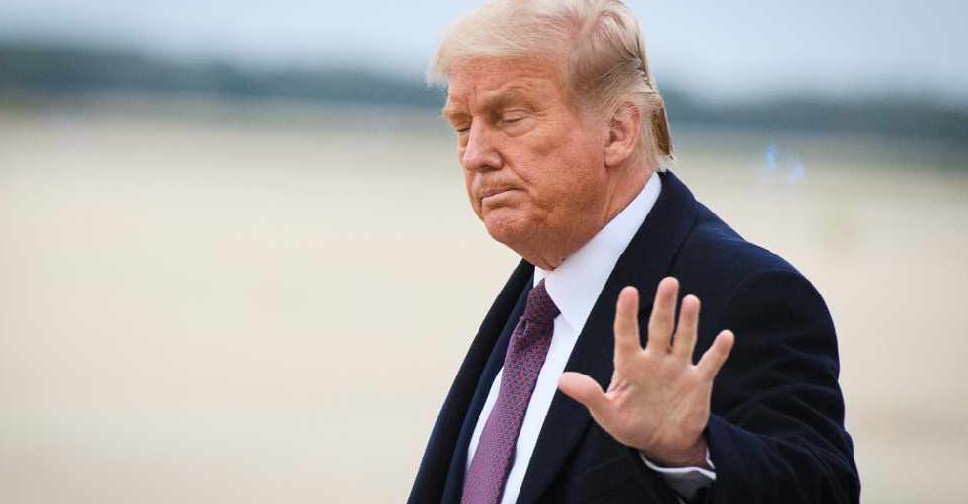 President Donald Trump fired top cybersecurity official on Twitter, accusing him without evidence of making a "highly inaccurate" statement affirming the election was secure and rejecting claims of fraud.

Trump has made debunked allegations that the election was "rigged" and has refused to concede defeat to President-elect Joe Biden. His campaign has filed a flurry of lawsuits in battleground states, although election officials in both parties have said they see no evidence of serious irregularities.

Chris Krebs' work in protecting the election from hackers and combating disinformation about the vote won praise from lawmakers of both parties as well as state and election officials around the country. But he drew the ire of Trump and his allies, who were irked over his refusal to support allegations of election meddling.

Reuters reported last week that Krebs had told associates he expected to be fired.

Trump said on Twitter that Krebs had assured people in a "highly inaccurate" statement that the election had been secure when there were "massive improprieties and fraud - including dead people voting, Poll Watchers not allowed into polling locations," and voting machine errors that flipped votes from Trump to Biden.

Dozens of election security experts on Monday released a letter saying claims of major hacks were unsubstantiated and absurd on their face.

Krebs headed the Department of Homeland Security's Cybersecurity and Infrastructure Security Agency (CISA) from its inception two years ago.

He angered the White House over a website run by CISA dubbed "Rumor Control," which debunks misinformation about the election, according to the three people familiar with the matter.

A CISA spokesperson said the agency had no comment.

Krebs was not given notice of Trump's plan to fire him, according to a person familiar with the matter, and learned of the decision through Twitter.

Matthew Travis, Krebs' deputy and the number two at the agency, resigned on Tuesday night.

CISA Executive Director Brandon Wales is expected to take over for Krebs as the acting head of the agency on Wednesday, an agency official told Reuters on condition of anonymity.

Wales has served in multiple positions within the DHS under the Trump administration and is not seen as a partisan figure, said a former colleague.

The Reuters report last week prompted an outpouring of support from security experts across the country, who praised Krebs for his bipartisan work in the past two years.

White House displeasure with Krebs grew over the past year, according to two former officials, as Trump criticized the security of mail-in voting and Krebs' agency countered by saying it represented a secure way to vote. Mail-in balloting reached a record high this year because of concerns about the coronavirus pandemic.