Tributes pour in for Kobe Bryant 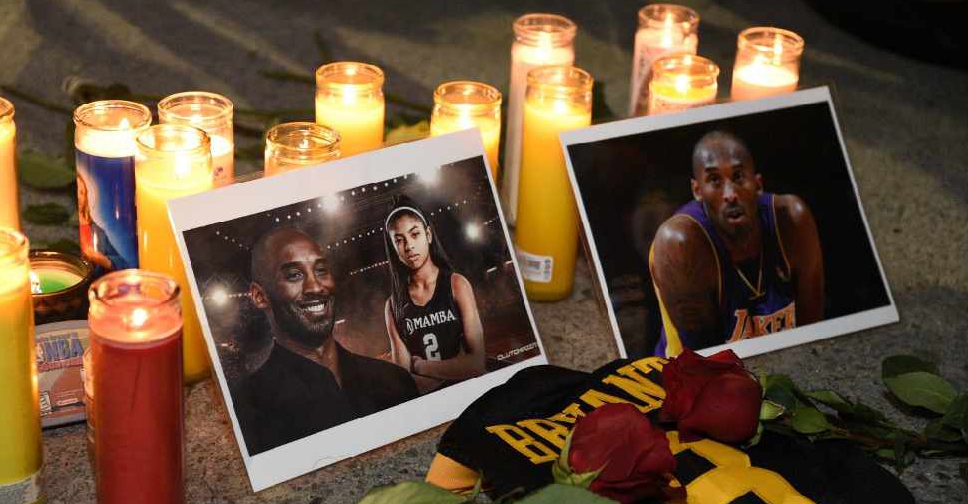 Celebrities across the world have paid tribute to NBA legend Kobe Bryant, who was killed in a helicopter crash alongside his daughter and seven others.

US President Donald Trump described it as "terrible news".

Lakers great Shaquille O'Neal expressed his pain on Instagram. "There's no words to express the pain I'm going through now with this tragic and sad moment of losing my friend, my brother, my partner in winning championships, my dude and my homie. I love you brother and you will be missed."

Six-time NBA champion, Michael Jordan described Kobe as his "little brother". He wrote, "I am in shock over the tragic news of Kobe's and Gianna's passing. Words can't describe the pain I'm feeling. I loved Kobe - he was like a little brother to me. We used to talk often, and I will miss those conversations very much."

Former US President Barack Obama called him a "legend on the court".

Kobe was a legend on the court and just getting started in what would have been just as meaningful a second act. To lose Gianna is even more heartbreaking to us as parents. Michelle and I send love and prayers to Vanessa and the entire Bryant family on an unthinkable day.

Former World Number One golfer, Tiger Woods, said he was "unbelievably sad". He wrote, "The reality is sinking in because I was told about five minutes ago. He burned so competitively hot, the desire to win he brought every night on both ends of the floor, not too many guys can say that. Any time he was in the game he’d take on their best player. It's a shocker to everyone, unbelievably sad, and one of the more tragic days."

So sad to hear the heartbreaking news of the deaths of Kobe and his daughter Gianna. Kobe was a true legend and inspiration to so many. Sending my condolences to his family and friends and the families of all who lost their lives in the crash. RIP Legend💔

On Twitter, Oscar-winning actress Halle Berry wrote, "There are no real words to convey the depth of my sadness. Love and strength to Kobe’s entire family and to the families of all who were lost in today’s crash."

Indian cricket captain Virat Kohli called him a magician who had left him mesmerised.

Absolutely devastated to hear this news today. So many childhood memories of waking up early and watching this magician doing things on the court that I would be mesmerized by. Life is so unpredictable and fickle. His daughter Gianna passed away too in the crash. Iam absolutely Heartbroken. Rest in peace. Strength and condolences to the family 🙏