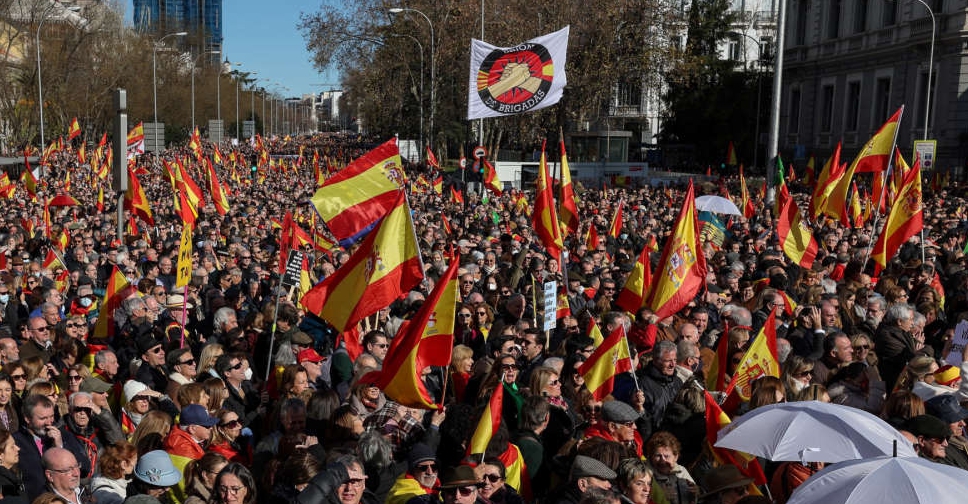 Thousands of people packed into central Madrid on Saturday to protest against the Socialist government and accuse it of undermining the constitution in a rally backed by rightist parties.

More than 100 groups - including the conservative opposition Popular Party, centre-right Ciudadanos and the far-right Vox - called the rally under the slogan "For Spain, for democracy and the constitution".

Speakers attacked the government for a string of policies and decisions, ranging from the release of Catalan independence campaigners to its pacts with regional separatist parties. Around 30,000 people took part, according to local government estimates.

Vox leader Santiago Abascal, the only party leader to attend, told the crowd the government had "trampled the constitution by locking up Spaniards," in a reference to COVID lockdowns.

Around 200km (120 miles) away in the northwestern city of Valladolid, Sanchez told a Socialist rally that the protesters in Madrid were defending a "uniform" and, therefore "discriminatory" Spain.

In June 2021, Sanchez's government pardoned the nine jailed leaders of Catalonia's failed 2017 independence bid "in the spirit of dialogue". Its recent decision to replace the crime of sedition with a lesser offence was opposed on the right.