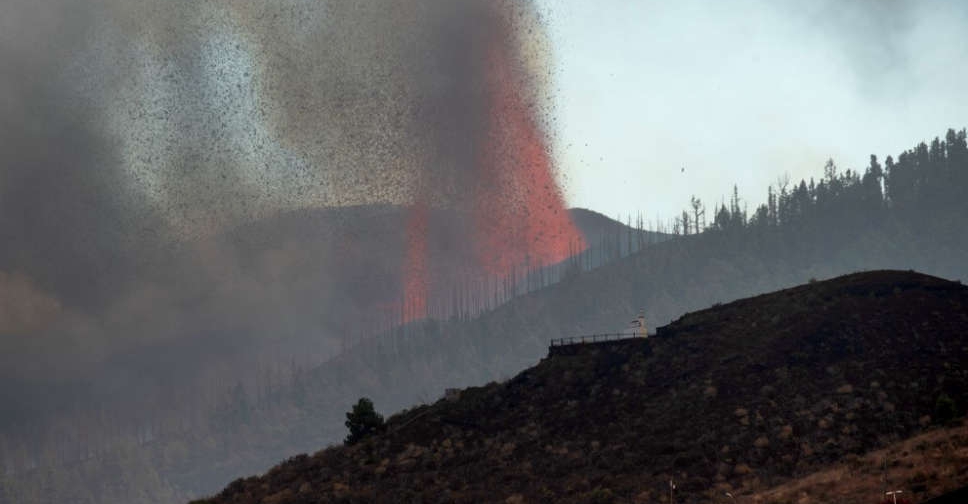 The Canary Islands' first volcanic eruption in 50 years has forced the evacuation of about 5,000 people, including about 500 tourists, officials said on Monday, adding they were hopeful they would not need to evacuate more people.

The volcano erupted on Sunday, shooting lava hundreds of metres into the air, engulfing houses and forests and sending molten rock towards the Atlantic Ocean over a sparsely populated area of La Palma, the most northwestern island in the Canaries archipelago.

No fatalities have been reported but the volcano was still active on Monday. A Reuters reporter saw heavy smoke coming from the volcano and houses burning.

"The lava is moving towards the coast and the damage will be material. According to experts there are about 17-20 million cubic metres of lava," regional president Angel Victor Torres told Cadena Ser.

About 20 houses were engulfed in the village of El Paso along with sections of roads, Mayor Sergio Rodriguez told TVE radio station, adding the lava was spreading through neighbouring villages, putting hundreds of houses at risk.

Volcanologist Nemesio Perez said there were unlikely to be fatalities as long as no-one behaved recklessly.

La Palma had been on high alert for an eruption after more than 22,000 tremors were reported in the space of a week in Cumbre Vieja, which belongs to a chain of volcanoes that last had a major eruption in 1971 and is one of the most active volcanic regions in the Canaries.

One man was killed in 1971 as he took photographs near the lava flows. No property was damaged.

A submarine eruption occurred about 10 years ago close to the islands but caused little damage.

Prime Minister Pedro Sanchez arrived in La Palma on Sunday for talks with the islands' government on managing the eruption. "We have all the resources and all the troops, citizens can rest easy," he said. He will visit affected areas later in the day.

A spokesperson for the regional emergency services said it was unclear what path the lava would take to reach the ocean and that authorities had evacuated people with mobility issues from several coastal towns, including the popular beach resort of Puerto Naos.

Enaire airport operator said air traffic was open, with no problem of visibility, adding that it was up to airlines to decide if they wanted to change their plans. Local airline Binter said it had cancelled four flights.