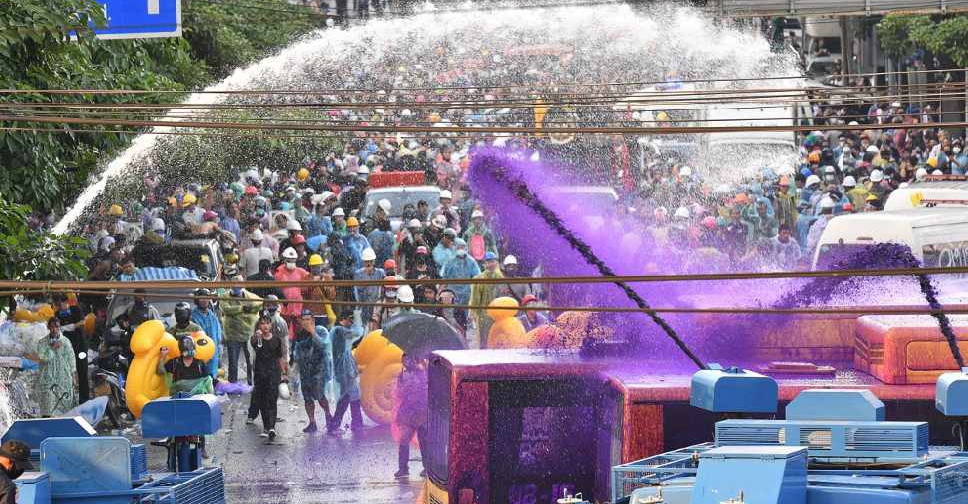 Thai police blasted protesters with water cannon on Tuesday, in a bid to push back a demonstration at parliament demanding constitutional changes that would touch on the powerful monarchy.

Ambulances ferried the injured to hospital. Bangkok's Erawan Medical Center said five people were hospitalised due to teargas and others were treated at the scene.

Police declared that protests were banned within 50 metres of the area.

Protesters are demanding changes to the constitution drawn up by a former junta. They also want the removal of Prime Minister Prayuth Chan-ocha, a former army ruler, and reforms to curb the powers of King Maha Vajiralongkorn.

Lawmakers are discussing several proposals for the way in which the constitution can be amended - some of which would exclude the possibility of changes to the way King Maha Vajiralongkorn's monarchy is treated under the constitution.

There is also discussion of the role of the upper house Senate, which was entirely selected by Prayuth's former junta and helped ensure that he kept power with a parliamentary majority after a disputed election last year. Prayuth says the vote was fair.

Opposition parliamentarians have also called for changes to the constitution.

Protests that picked up in July initially targeted Prayuth and constitutional change but have since called for the monarch's role to be more clearly accountable under the constitution and for the reversal of changes that gave the current king personal control of the royal fortune and some army units.

Before the anti-government protesters reached parliament, several hundred royalists gathered there to urge lawmakers not to make changes to the constitution.

"Amending the constitution is going to lead to the abolition of the monarchy," royalist leader Warong Dechgitvigrom told reporters.

Protesters have said they do not want to abolish the monarchy.