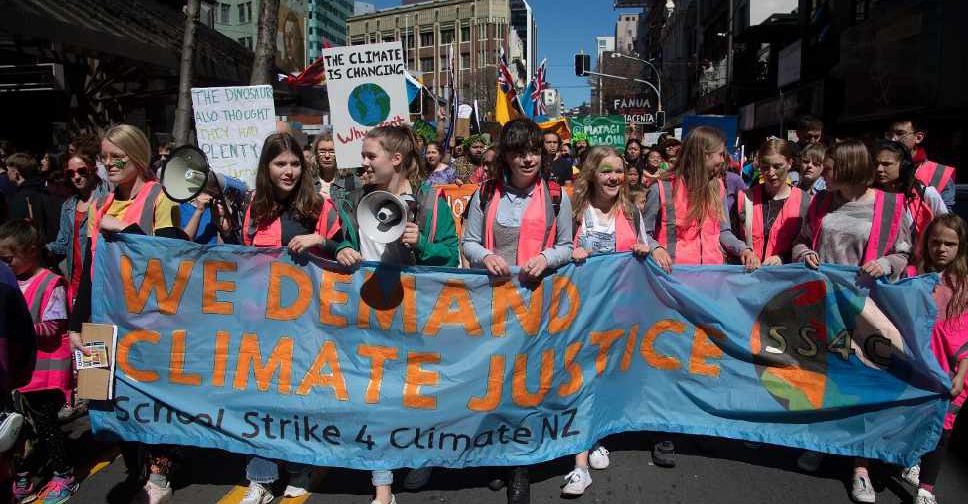 Tens of thousands of children in New Zealand have again taken to the streets to make sure their cries for climate change action are heard.

Students were seen carrying signs including "We're skipping our lessons, so we can teach you one" and "You can't comb over climate change".

Organiser School Strike for Climate NZ tweeted it had received reports that 170,000 people were striking nationwide.

Greta Thunberg, who is credited with inspiring the school strikes, will conclude the latest round of protests at a rally in Montreal.