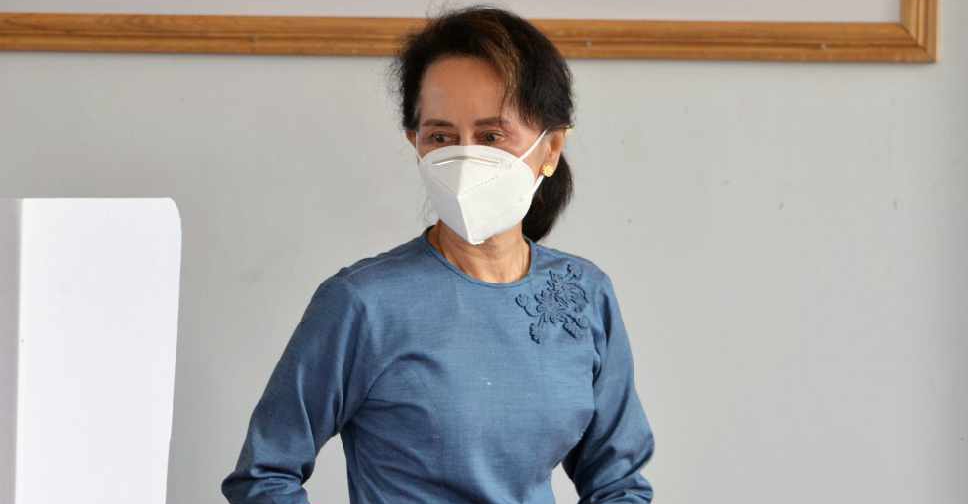 Myanmar's ruling party National League for Democracy (NLD) said on Monday it had won enough seats in parliament to form the next government.

It comes after the party reported a lead based on its unofficial count of votes from the second general election since the end of strict military rule.

Party spokesman Myo Nyunt told Reuters internal reports showed the NLD, led by Aung San Suu Kyi, had won the 322 seats in parliament needed, though no official results had been announced by the election commission.

"We thank the people," he said. "For the people, for the party, this is such an encouraging election result."

The Election Commission is expected to announce official results later on Monday.

Sunday's election was seen as a referendum on the fledgling democratic government led by Suu Kyi and the NLD, which remains hugely popular at home but has seen its reputation collapse overseas amid allegations of genocide against the Rohingya minority.

Up for grabs in the election are 315 seats in the 425-member lower house and 161 seats in the 217-seat upper house of parliament.

The NLD came to power after a 2015 landslide in which it won a total of 390 seats, a benchmark Myo Nyunt said it expected to exceed, according to data compiled from reports by party agents at polling stations across the country.

A spokesman for the second biggest party, the military-backed Union Solidarity and Development Party (USDP) could not immediately be reached for comment.

The military, which ruled Myanmar for nearly 50 years until it began withdrawing from civilian politics in 2011, controls a quarter of seats in both houses of parliament, under a constitution it drew up and which Suu Kyi and her allies want to amend.

The NLD had been expected to win but with a smaller margin following the emergence of new parties and ethnic minority parties gaining support in some regions.