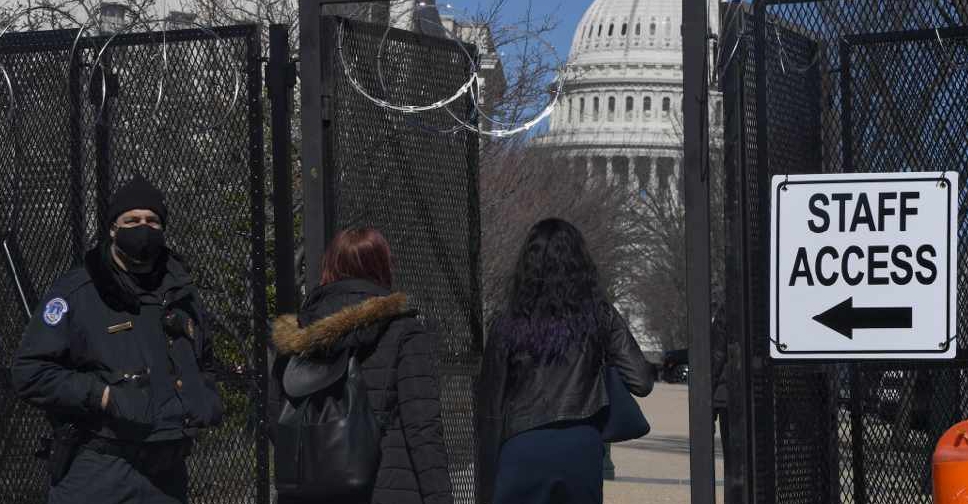 Security has been tightened around the US Capitol in Washington - scene of a deadly assault in January - after police warned that a militia group might try to attack it on Thursday.

March 4 is the day when believers in the baseless QAnon conspiracy have claimed that former President Donald Trump, defeated by President Joe Biden in the November 3 election, will be sworn in for a second term in office. March 4 is the date when US presidents were inaugurated until 1933.

An unidentified group of "militia violent extremists" discussed plans in February to "take control of the US Capitol and remove Democratic lawmakers on or about March 4," according to a bulletin issued on Tuesday by the Department of Homeland Security and the Federal Bureau of Investigation.

The police force that guards the US Capitol, seat of the legislature, said in a statement that it had "taken immediate steps to enhance our security posture and staffing for a number of days, to include March 4".

Capitol Police also said that they were "aware of and prepared for any potential threats towards members of Congress or towards the Capitol complex," including the possible militia attack.

The US House of Representatives will not be in session on Thursday, in part because of the threat of militia members attempting to invade the Capitol, according to a Democratic aide.

Federal prosecutors have charged more than 300 people for involvement in the storming of the US Capitol on January 6 that led to five deaths, including a policeman. Those arrested include members of armed militia groups such as the Oath Keepers and the Three Percenters.