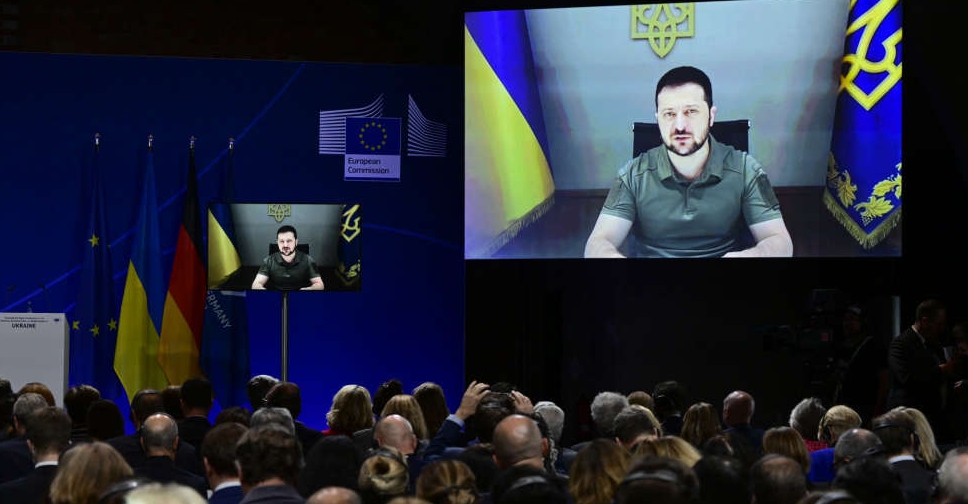 Rebuffed by Western countries, Russia doubled down on its warning that Kyiv is preparing to use a "dirty bomb" in Ukraine and said it would bring the issue to the UN Security Council on Tuesday.

Russia sent a letter on its assertion about Kyiv to the United Nations late on Monday, and diplomats said Moscow planned to raise the issue with the Security Council at a closed meeting the following day.

"We will regard the use of the dirty bomb by the Kyiv regime as an act of nuclear terrorism," Russia's UN Ambassador Vassily Nebenzia told UN Secretary-General Antonio Guterres and the Security Council in the letter, seen by Reuters.

With Ukrainian forces advancing into Russian-occupied Kherson province, top Russian officials had phoned their Western counterparts on Sunday and Monday to air their suspicions.

The foreign ministers of France, Britain and the United States rejected Moscow's allegations as "transparently false" and reiterated their support for Ukraine.

"The world would see through any attempt to use this allegation as a pretext for escalation," they said in a joint statement.

Later, the United States issued a warning to Russia.

"We've been very clear with the Russians... about the severe consequences that would result from nuclear use," State Department spokesman Ned Price said. "There would be consequences for Russia whether it uses a dirty bomb or a nuclear bomb."

The UN nuclear watchdog said it was preparing to send inspectors to two unidentified Ukrainian sites at Kyiv's request, in an apparent reaction to the Russian talk of a "dirty bomb". It said both sites were already subject to its inspections and one was inspected a month ago.

Russia's state news agency RIA had earlier identified what it said were the two sites involved in the operation - the Eastern Mineral Enrichment Plant in central Dnipropetrovsk region and the Institute for Nuclear Research in Kyiv.

US officials said there was no indication Russia had decided to use a dirty bomb or any nuclear weapon.

"We continue to see nothing in the way of preparations by the Russian side for the use of nuclear weapons," White House national security spokesman John Kirby told reporters.

Ukrainian President Volodymyr Zelenskiy said Russia's accusation was a sign it was planning such an attack and would blame Ukraine.

"If Russia calls and says that Ukraine is allegedly preparing something, it means one thing: Russia has already prepared all this," Zelenskiy said in an address.

Ukrainian foreign minister Dmytro Kuleba said late Monday he had a discussion with US Secretary of State Antony Blinken on "ways to end Russia's nuclear blackmail".

German President Frank-Walter Steinmeier arrived in Ukraine on Tuesday on his first visit since Russia invaded on February 24 and would meet Zelenskiy, German broadcaster ntv reported.

Russia has ordered civilians to evacuate territory it controls on the western bank of the Dnipro River, where Ukrainian forces have been advancing this month shortly after Russia claimed to have annexed the area.

A defeat for Russia there would be one of its biggest setbacks since its invasion.

Ukraine's military said Russian-installed authorities in Kherson were evacuating banks, administrative facilities, and emergency service and medical personnel, while funding for schools and school meals had been stopped. Equipment used by internet service providers had been stolen and robberies of residents and looting had increased, it said.

Reuters could not verify the report.

Kherson's regional capital is the only big city Russia has captured intact since the start of the invasion, and its only foothold on the west bank of the Dnipro, which bisects Ukraine. The province controls the gateway to Crimea, the peninsula Russia seized and claimed to annex in 2014.

Pro-Russian authorities in Kherson announced on Monday that men who stay would have the option of joining a military self-defence unit. Kyiv accuses Russia of press-ganging men in occupied areas into military formations, a war crime under the Geneva Conventions.

"They are creating the illusion that all is lost. Yet at the same time they are moving new military units in and preparing to defend the streets of Kherson," he told the Ukrainska Pravda online media outlet.

Since Russia's forces suffered major defeats in September, President Vladimir Putin has escalated the war, calling up hundreds of thousands of reservists, announcing the annexation of occupied territory and repeatedly threatening to use nuclear weapons to defend Russian land.