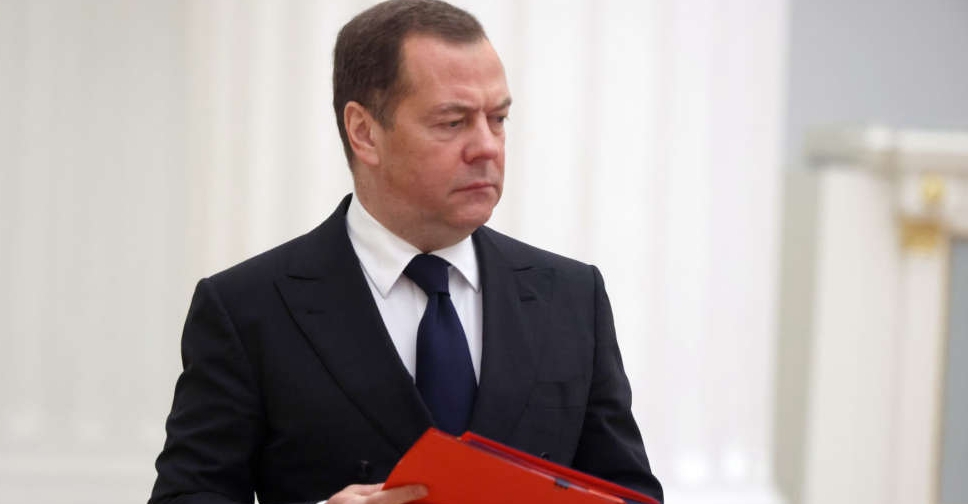 Former Russian President Dmitry Medvedev, an ally of Kremlin chief Vladimir Putin, warned NATO on Thursday that the defeat of Russia in Ukraine could trigger a nuclear war.

Striking a similar tone at what he described as an anxious time for the country, the head of the Russian Orthodox Church said trying to destroy Russia would mean the end of the world.

Since Russia invaded Ukraine, Medvedev has repeatedly raised the threat of a nuclear apocalypse, but his admission now of the possibility of Russia's defeat indicates the level of Moscow's concern over increased Western weapons deliveries to Ukraine.

"The defeat of a nuclear power in a conventional war may trigger a nuclear war," Medvedev, who serves as deputy chairman of Putin's powerful security council, said in a post on Telegram.

"Nuclear powers have never lost major conflicts on which their fate depends," said Medvedev, who served as president from 2008 to 2012.

Medvedev said NATO and other defence leaders, due to meet at Ramstein Air Base in Germany on Friday to talk about strategy and support for the West's attempt to defeat Russia in Ukraine, should think about the risks of their policy.

Russia and the United States, by far the largest nuclear powers, hold around 90 per cent of the world's nuclear warheads. Putin is the ultimate decision-maker on the use of nuclear weapons.

Asked if Medvedev's remarks signified that Russia was escalating the crisis to a new level, Kremlin spokesman Dmitry Peskov said: "No, it absolutely does not mean that."

He said Medvedev's remarks were in full accordance with Russia's nuclear doctrine which allows for a nuclear strike after "aggression against the Russian Federation with conventional weapons when the very existence of the state is threatened".

Putin casts Russia's "special military operation" in Ukraine as an existential battle with an aggressive and arrogant West, and has said that Russia will use all available means to protect itself and its people.

Russia’s February 24 invasion of Ukraine has triggered one of the deadliest European conflicts since World War II and the biggest confrontation between Moscow and the West since the 1962 Cuban Missile Crisis.

The United States and its allies have condemned Russia's invasion of Ukraine as an imperial land grab, while Ukraine has vowed to fight until the last Russian soldier is ejected from its territory.

Patriarch Kirill, the head of the Russian Orthodox Church, said in a sermon: "We pray to the Lord that he bring the madmen to reason and help them understand that any desire to destroy Russia will mean the end of the world."

"Today is an alarming time," state news agency RIA quoted him as saying. "But we believe that the Lord will not leave Russian land."