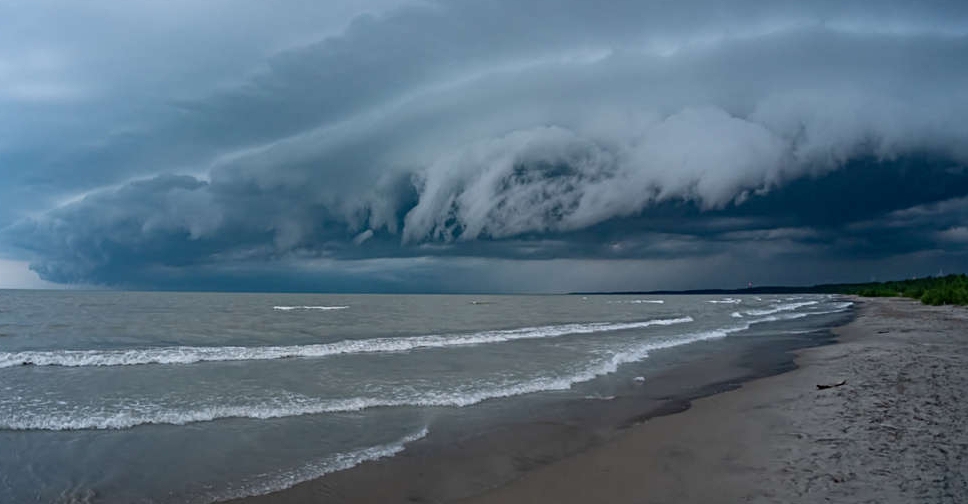 Powerful storm Fiona slammed into eastern Canada on Saturday with hurricane-force winds, blowing over trees and powerlines and leaving hundreds of thousands of homes and businesses without electricity.

The US National Hurricane Center said the centre of the storm, now called Post-Tropical Cyclone Fiona, was now in the Gulf of St. Lawrence after racing through Nova Scotia. Reports of downed trees and power lines were widespread in Nova Scotia and Prince Edward Island.

Fiona, which nearly a week ago devastated parts of the Caribbean, made landfall between Canso and Guysborough, Nova Scotia, where the Canadian Hurricane Centre said it recorded what could have been the storm with the lowest barometric pressure to hit land in the country's history.

Some 79 per cent of customers, or 414,000, were without power in Nova Scotia, and 95 per cent, or 82,000, had lost power on Prince Edward Island, utility companies said. The region was also seeing spotty mobile phone service. Police across the region reported multiple road closures.

Experts predicted high winds, storm surges and heavy rainfall from Fiona. The storm was forecast to weaken gradually but was expected to maintain hurricane-force winds until Saturday afternoon, the NHC said.

A hurricane warning was in effect for much of central Nova Scotia and Prince Edward Island, home to more than 150,000 people, and parts of Newfoundland, the Miami-based NHC said.

"We've had a few before, but they say this is going to be the biggest of them all," said Chris MacPhee, 53, of Sydney, Nova Scotia, who stocked up on groceries, batteries and candles. He said he was feeling "a little nervous, I guess."

The storm could prove to be more ferocious than the benchmarks of Hurricane Juan in 2003 and Hurricane Dorian in 2019, Canadian Hurricane Centre meteorologist Bob Robichaud told a briefing on Friday.