Power restored to many in Texas, but freezing temperatures remain 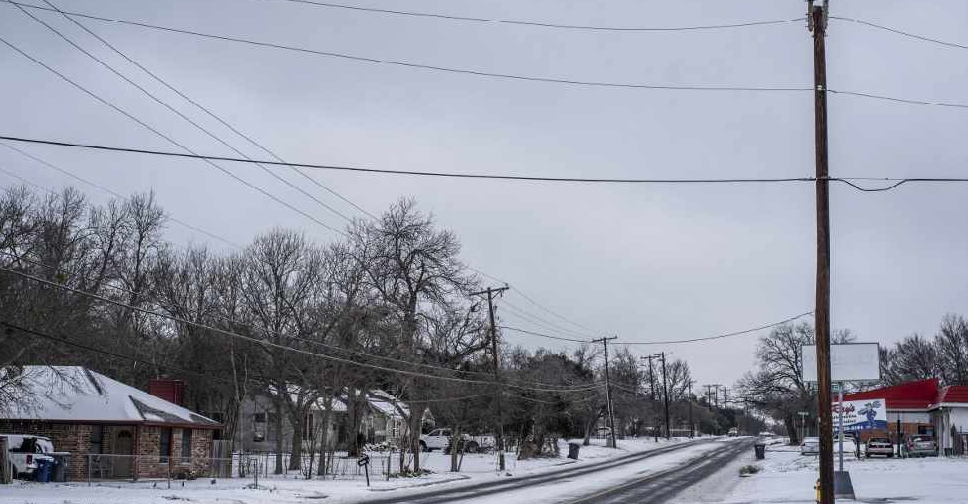 Hundreds of thousands of homes in Texas are facing a fourth day without heat on Thursday after utilities made some progress restoring power and the winter storm that crippled the electrical grid moved out of the state.

The crisis that has gripped the second-largest American state by area was set to continue, however, with millions of people still without access to water, many struggling to find food, and freezing temperatures expected through the weekend.

The Electric Reliability Council of Texas (ERCOT), a cooperative responsible for 90 per cent of the state's electricity, said in a statement that it had made "significant progress" in restoring electricity to homes. It did not provide figures.

At present some 504,000 Texas households were without power, down from around 2.7 million on Wednesday, according to poweroutage.us, a website that tracks outages.

Judge Lina Hidalgo, the top elected official in Harris County, which encompasses Houston, said that the number of homes without power in her county had fallen to 46,000 from nearly a million the previous night. She warned of challenges ahead.

"The water and food impacts of the winter weather continue, and there will be a hard freeze tonight, which could cause additional impacts to infrastructure," Hidalgo wrote on Twitter. "We still have work to do, but we're ecstatic that so many have power and heat."

The lack of power has cut off water supplies for millions, further strained hospitals' ability to treat patients amid a pandemic, and isolated vulnerable communities with frozen roads still impassable in parts of the state.

As of Wednesday, residents in over 100 counties in Texas had been told to boil their drinking water as treatment plants continued to suffer from energy blackouts, while upward of 12 million people either had no drinking water on tap in their homes or have drinking water available only intermittently.

Hospitals in Houston, the state's largest city, and elsewhere in Texas have reported difficulties securing water. Nearly two dozen deaths have been attributed to the cold snap. Officials say they suspect many more people have died - but their bodies have not been discovered yet.