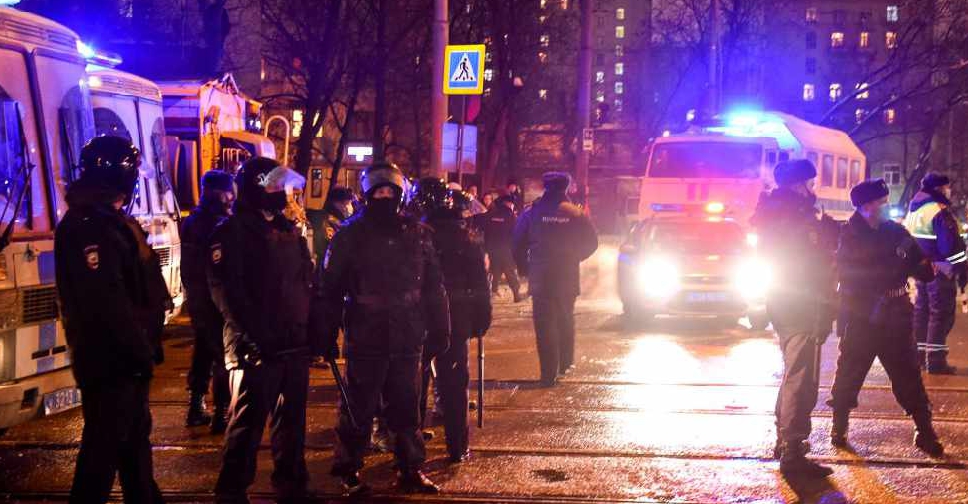 Police detained more than 3,000 people as tens of thousands of protesters ignored extreme cold and police warnings to demand the release of Kremlin critic Alexei Navalny.

Navalny had called on his supporters to protest after being arrested last weekend as he returned to Russia from Germany for the first time since being poisoned with a nerve agent he says was slipped to him by state security agents in August.

The authorities had warned people to stay away from Saturday's demonstrations, saying they risked catching COVID-19 as well as prosecution and possible jail time for attending an unauthorised event.

But protesters defied the ban and, in at least one case in temperatures below -50 Celsius, turned out in force. Leonid Volkov, a Navalny ally, called on them to do the same next weekend to try to free Navalny from what he called "the clutches of his killers".

In central Moscow, where Reuters reporters estimated up to 40,000 people had gathered in one of the biggest unauthorised rallies for years, police were seen roughly detaining people, bundling them into nearby vans.

The authorities said just some 4,000 people had shown up, while the foreign ministry questioned Reuters crowd estimate.

Ivan Zhdanov, a Navalny ally, put turnout in the capital at 50,000, the Proekt media outlet reported.

Some protesters chanted "Putin is a thief", and "Disgrace" and "Freedom to Navalny!"