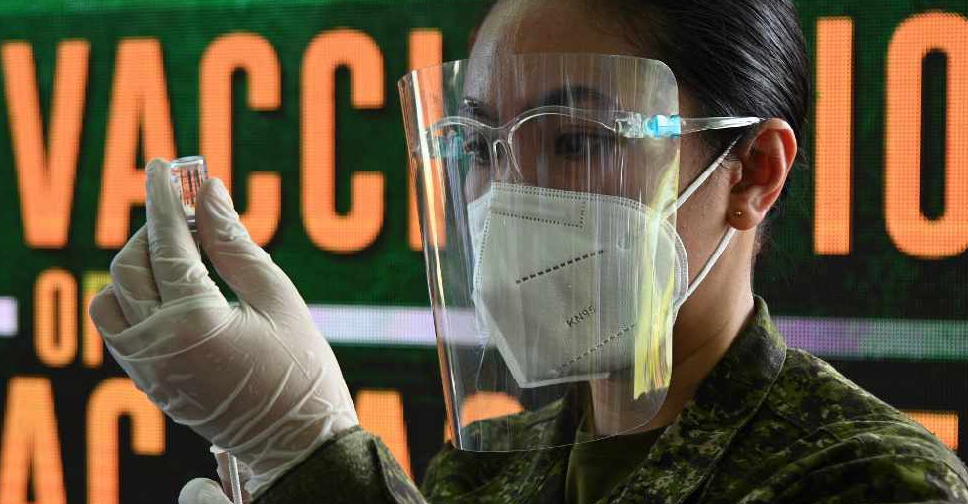 The Philippines has reported a record daily rise of 8,019 COVID-19 infections, as authorities implemented tighter curbs in the congested capital region and hospital capacity neared critical levels in some areas.

In a bulletin, the health ministry said total confirmed cases had reached 671,792, while deaths increased by four to 12,972. It was the third time the Philippines has posted a fresh high in daily cases in the past four days.

"Exercise extra caution to prevent the quick spread of COVID-19 cases," the ministry said in a statement, urging people to stay at home if possible.

The new wave of cases in the Philippines, which has the second highest number of COVID-19 infections and deaths in Southeast Asia, is also threatening hopes of a strong economic rebound after a record contraction last year and the loss of millions of jobs.

The spike in cases has pushed authorities to act and Monday marked the start of a two-week tightening of restrictions in the capital region, an urban sprawl of 16 cities that is home to at least 13 million people, and four adjacent provinces.

Night curfews are also in place and social gatherings limited to 10 people and indoor dining banned.

Tighter measures could reduce the number of new cases by at least 25 per cent, presidential spokesman Harry Roque told a news conference on Monday.

The Philippines, which launched its vaccination drive later than neighbours at the start of this month, has received delivery of 1.125 million donated doses of the Sinovac and AstraZeneca vaccines.

The government plans to roll out 140.5 million shots by December, to inoculate 70 million adults as it seeks to achieve herd immunity.