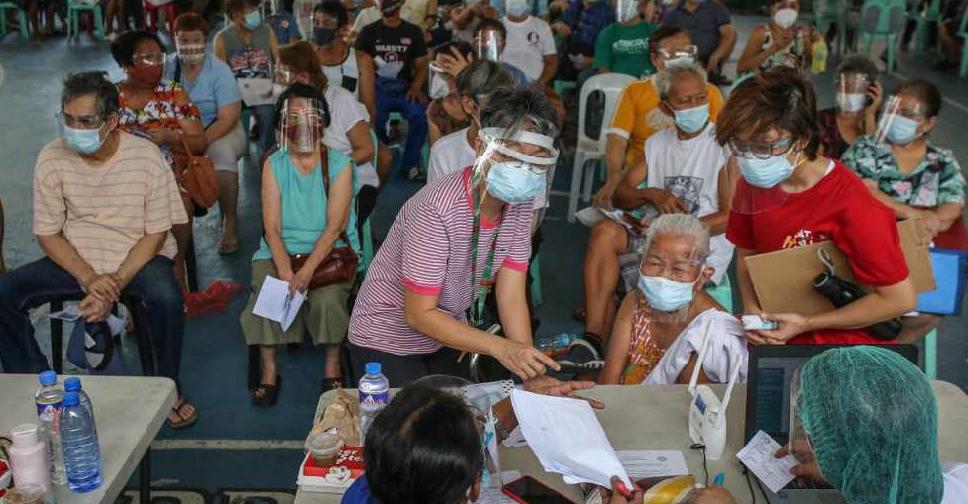 Philippines President Rodrigo Duterte said on Thursday the government can take over hotels and turn them into isolation facilities as surging COVID-19 infections put a strain on the overstretched healthcare sector.

The Philippines is battling one of the worst outbreaks in Asia, with hospitals in the capital region facing long queues of patients and critical care units nearing maximum capacity.

"I can order the authorities to take over the operations of hotels if there no longer are beds. That is easy," Duterte said in a late night national address.

While a government takeover is not a "remedy desired in a democratic state", Duterte said he could order the police and military to seize the properties "when we are pushed to the wall".

He said the properties would be decontaminated before they were handed back. "I need your hotel. I will borrow it and after that I will clean it up," Duterte said.

With 904,285 infections and 15,594 deaths, the Philippines has the second-highest numbers of COVID-19 cases and casualties in Southeast Asia, after Indonesia.

The capital region, an urban sprawl of 16 cities and at least 13 million people, is the country's coronavirus hotspot.

Many hospitals there are turning away patients after reaching maximum capacity in critical care units and COVID-19 wards.

"Of course the takeover of hotels in the national interest or during emergency is the prerogative of the President," Arthur Lopez, president of the Philippine Hotel Owners Association (PHOA), told Reuters.

Around 300 hotels under PHOA are already fully booked as quarantine facilities for Filipinos returning from abroad, Lopez said.

While the firebrand leader has not expressed any complaints about the hotel industry, he has a track record of tirades against businesses that draw his ire.

He has threatened to seize control of the capital's water distribution services over what he described as "onerous and disadvantageous" concessions, and government expropriation of telecoms firms for what he called "lousy" services.