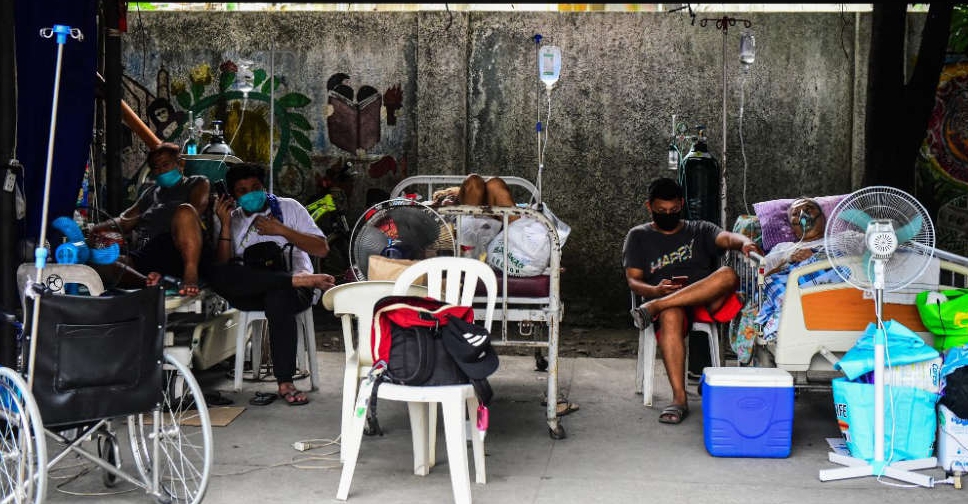 The Philippines will relax some COVID-19 restrictions in the Manila region from Wednesday and also intends to outline plans to shift to smaller, localised lockdowns to support the economy, the presidential spokesperson said.

The moves come despite the Southeast Asian country reporting record infection numbers as it battles the Delta variant.

The government believed localised COVID-19 restrictions would be more effective in controlling outbreaks without constraining mobility and business activity too much, Presidential Spokesperson Harry Roque told a briefing.

Region-wide lockdowns have proved to be costly for the economy, which is now expected to grow less than previously thought after the capital region was placed under the strictest "enhanced community quarantine" (ECQ) restrictions last month, which were later eased.

The second toughest quarantine measures in place in Metro Manila will expire on Tuesday after which the region will be under the more relaxed "general community quarantine" restriction until the end of September, Roque said.

This means dine-in services will be allowed as well as religious gatherings of up to 10 per cent of capacity among others.

"The truth of the matter is the ECQ as we practice it may not be enough, we need to come up with new strategy," he said.

Roque said localised lockdowns, which President Rodrigo Duterte approved in principle, will be pilot tested in the capital region with guidelines on when and how they will be implemented released on Tuesday.

The Philippines exited recession in the second quarter after five consecutive quarters of GDP contraction.

But a renewed surge in COVID-19 cases forced authorities to impose stricter curbs in August, leading to a cut in this year's economic growth outlook to 4.0 per cent to 5.0 per cent, from 6.0 per cent to 7.0 per cent previously.

Daily cases in the past 30 days alone accounted for more than a fifth of the country's total infections of over 2.1 million, while deaths have exceeded 34,000.

The Philippines has so far fully vaccinated about 12 per cent of its 110 million people against COVID-19, leaving millions still vulnerable.