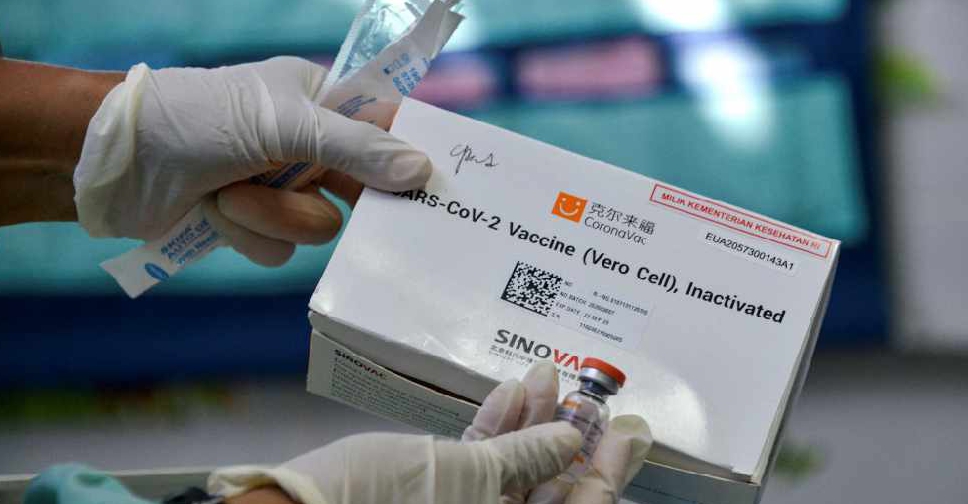 The Philippines has approved Sinovac Biotech's COVID-19 vaccine for emergency use, but will not give it to healthcare workers at risk of exposure due to its varying levels of efficacy.

"According to our experts, (Sinovac's) vaccine is not the best vaccine for them," Food and Drugs Agency (FDA) chief Rolando Enrique Domingo said during a briefing on Monday.

He cited results of clinical trials of Sinovac's CoronaVac in Brazil, Turkey and Indonesia, which showed it had a lower efficacy when used for healthcare workers exposed to COVID-19 compared with healthy individuals aged between 18 and 59.

The Philippines has about 1.4 million health workers.

CoronaVac is the third candidate to get emergency approval for use in the Southeast Asian nation of over 108 million.

That clears the way for the delivery of 600,000 doses of the Sinovac vaccines that China has agreed to donate, which were due to arrive on Tuesday but had been delayed because of the absence of the authorisation.

The Philippines, which has the second highest of coronavirus infections and deaths in Southeast Asia, has yet to begin its immunisation campaign.

It was banking on 117,000 Pfizer-BioNTech shots secured through the international vaccine sharing facility COVAX to kick off its vaccine programme.

However, the unresolved question of who would pay for claims for damages in the event of adverse effects from the inoculations has delayed the delivery.

A bill is pending in Congress that seeks to grant indemnity to coronavirus vaccine makers.

"We ask for your patience because the vaccines were delayed by a few days, but we can finally begin the vaccination," Presidential spokesman Harry Roque said in a separate briefing.