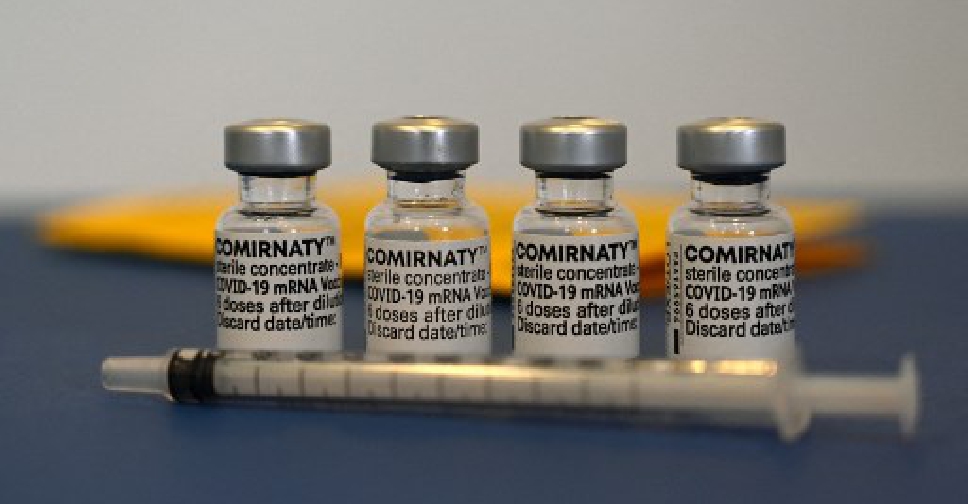 Pfizer Inc and German partner BioNTech SA have filed for full approval for their COVID-19 vaccine, which is now authorized only for emergency use, the drugmakers said on Friday.

A nod by the U.S. Food and Drug Administration will make it the first approved COVID-19 shot and likely help ease hesitancy by raising confidence in the vaccine as an approval will be backed by longer-term data.

It would also allow the companies to market the vaccine directly to people above 16 years of age as well as help corporations and government agencies mandate vaccinations.

The Pfizer-BioNTech vaccine was the first to be authorized in the United States for emergency use in December based on two months of safety data for a 44,000-person clinical trial.

Vaccines from Moderna and Johnson & Johnson have also been authorized for emergency use since then. Moderna said on Thursday it plans to initiate submission for a U.S. approval this month.

Under an emergency use authorization, the FDA makes a product available to the public during an emergency based on the best available evidence, without waiting for all the evidence needed for a full approval or clearance. (https://bit.ly/3h9ncLy)

The FDA will set a date for a regulatory decision once the Pfizer application is complete and formally accepted for a review, Pfizer and BioNTech said.

Distrust in COVID-19 vaccines has weighed on U.S. rollout efforts, especially in some communities of color, but recent polls have shown that hesitancy among Black Americans has dropped.

President Joe Biden has announced a goal to vaccinate 70% of U.S. adults with at least one COVID-19 shot by the July 4.

Nearly 170 million doses of Pfizer-BioNTech's vaccine have been delivered across the United States, with roughly 134 million shots administered as of Thursday, according to the U.S. Centers for Disease Control and Prevention.

The drugmakers had in April said their vaccine was around 91% effective in preventing COVID-19, supported by data on more than 12,000 people fully inoculated for at least six months, positioning them to seek U.S. approval.

Pfizer and BioNTech said on Friday they would submit data to support the so-called biologic license application, which requires longer-term follow-up data, on a rolling basis over the next few weeks.

Last month, the companies asked the United States to allow the emergency use of their vaccine in adolescents aged 12 to 15, with the FDA expected to give the nod by next week.

Pfizer and BioNTech aims to submit a supplemental application for full approval of the vaccine in adolescents once the required six-month data after the second vaccine dose are available.