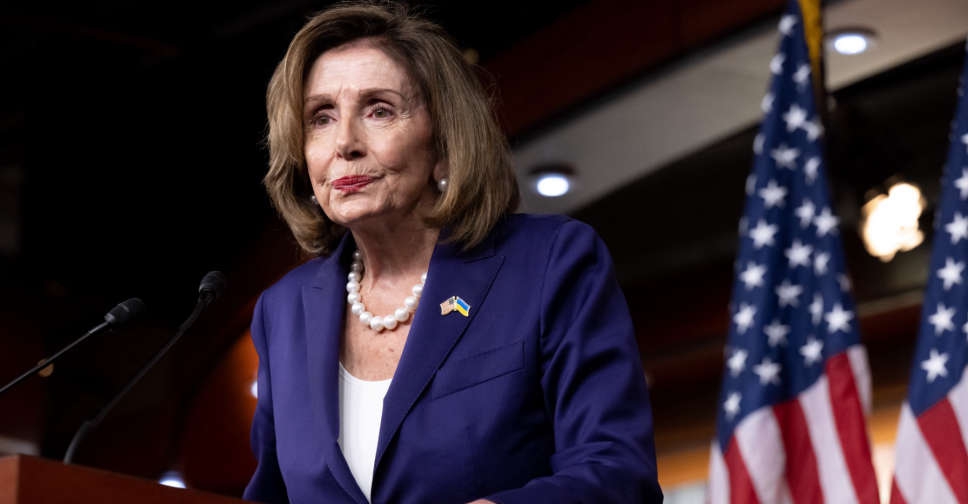 US House of Representatives Speaker Nancy Pelosi was set to kick-off a tour of four Asian countries on Monday in Singapore amid intense speculation that she may risk the wrath of Beijing by also visiting Taiwan.

On Sunday, Pelosi's office announced that she was leading a Congressional delegation to the region that would include visits to Singapore, Malaysia, South Korea and Japan. It made no mention of Taiwan.

A visit by Pelosi, who is third in the line of succession to the presidency, would come amid worsening ties between Washington and Beijing.

During a phone call last Thursday, President Chinese Xi Jinping warned his US counterpart Joe Biden that Washington should abide by the one-China principle and "those who play with fire will perish by it".

Biden told Xi that US policy on Taiwan had not changed and that Washington strongly opposes unilateral efforts to change the status quo or undermine peace and stability across the Taiwan Strait.

On Monday, Taiwan Premier Su Tseng-chang did not directly respond when asked whether Pelosi will visit on Thursday, as local media have speculated.

"We always warmly welcome visits to our country by distinguished foreign guests," he told reporters in Taipei.

Pelosi was expected to arrive in Singapore on Monday for a two-day visit, broadcaster CNA reported, citing the country's foreign ministry. The American Chamber of Commerce in Singapore was scheduled to host a reception with her on Monday afternoon, its website said.

Shen said at a military airshow that the air force has many types of fighter jets capable of circling "the precious island of our motherland", referring to Taiwan.

Beijing considers Taiwan to be part of its territory and has never renounced using force to bring the island under its control.

Pelosi's Asian tour comes at a politically sensitive time for Chinese and US leaders.

Xi is expected to secure a precedent-breaking third leadership term later this year during a once-in-five-year congress of the ruling Communist Party. In the United States, Biden's Democratic Party faces a hard fight to retain control of the House of Representatives at November's midterm elections.

Last Wednesday, Biden told reporters he thought the US military believed a Pelosi visit to Taiwan was "not a good idea right now".