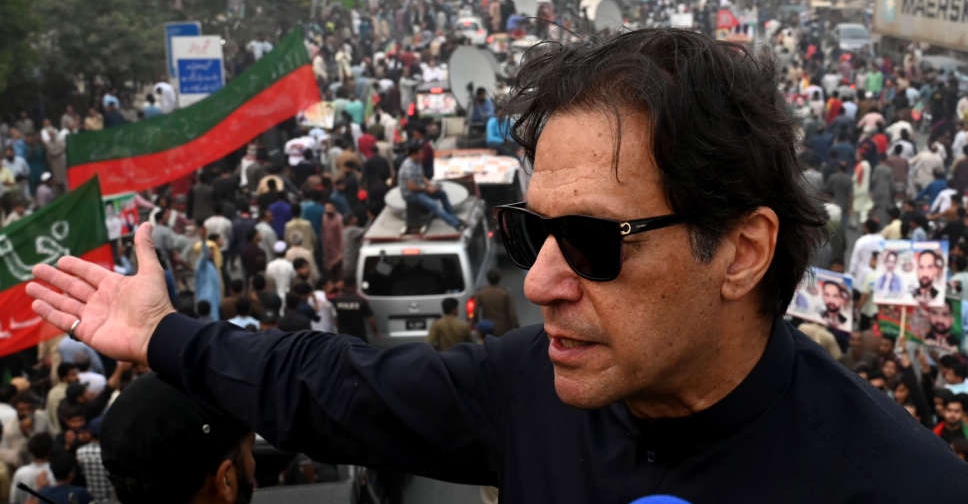 The party of former Pakistani Prime Minister Imran Khan, who was shot and injured in an apparent assassination attempt, said country-wide protests would be held on Friday as tensions remained high in the South Asian nation.

Khan was shot in the leg on Thursday as he waved to crowds from atop a truck-mounted container from which he was leading a protest march on Islamabad to pressure the government for snap polls.

"Today, after Friday prayers, there will be protests across the country, which will continue until Imran Khan's demand is met," Asad Umar, a close Khan aide, said on Twitter.

Aside from snap polls, Khan's party says he is also calling for the resignation of Prime Minister Shehbaz Sharif, who led a coalition of parties that removed Khan from power through a parliamentary vote in April.

Khan's supporters began gathering again early on Friday at the spot of the apparent assassination attempt and called on the former prime minister to restart his march on Islamabad.

"The march must go ahead. It cannot stop. People are very angry, it will become more intense," Ansar Bashir, 40, a Khan supporter who was close to the incident, told Reuters while holding a flag of Khan's Pakistan Tehreek-e-Insaf (PTI).

He said he was about 30 feet away from the spot when Khan was hit. Police have cordoned off the area and worked through the night to gather evidence.

The vehicle Khan was travelling in, a truck-mounted container with a stage on top, remained parked at the site, a busy street with shops in Wazirabad about 200 km east of Islamabad.

Some of the shops had reopened by early morning, but there was an air of apprehension.

Police have not commented publicly on the attack.

Khan spent the night in hospital in Lahore under supervision of doctors, who say his life is not in danger. He is yet to speak publicly on the incident.

Khan and his party have not produced any evidence to support the allegation.

Sharif and Sanaullah have condemned the attack and denied involvement. The military did not respond to a request for comment on Khan's allegation, but earlier condemned the incident.

Sharif has also called for a transparent inquiry into the shooting, which occurred in an area where Khan's party is in government.