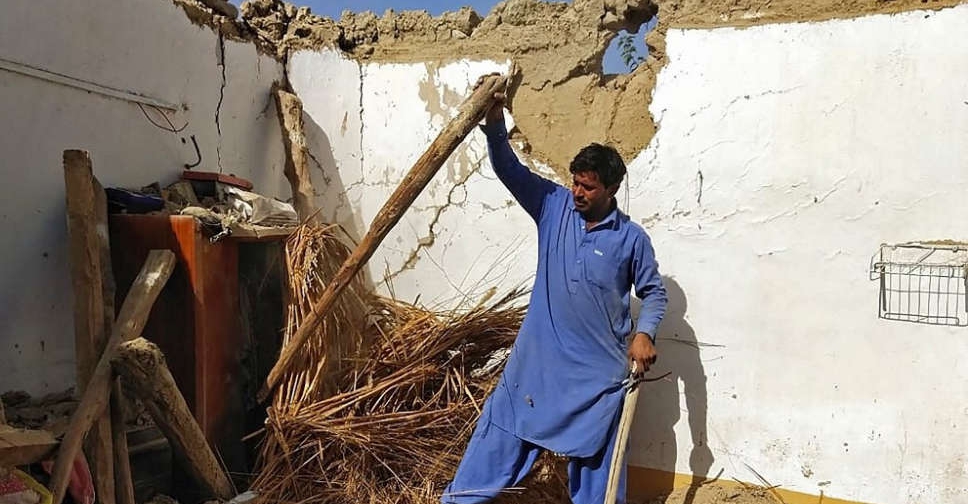 At least 20 people were killed and about 300 injured on Thursday when a 5.7 magnitude earthquake struck southern Pakistan in the early hours as many of the victims were asleep, the Disaster Management Authority said.

Rescue workers said most of those killed were women and children.

The earthquake struck at the relatively shallow depth of 20 km with an epicentre 102 km east of the city of Quetta, the US Geological Survey (USGS) said.

More than 100 mud houses collapsed and many buildings were damaged. Television footage showed buildings with gaping cracks, caved in roofs and crumpled walls.

Hundreds of people were homeless, Sohail Anwar, deputy commissioner in the city of Harnai, told Reuters.

"About 13 people from Harnai have been martyred and hundreds of are injured," one resident said.

As rescuers searched through the rubble, some of the injured were treated on stretchers in the street under telephone torch light.

"The earthquake struck at around 3 a.m. The seriously injured people are in hospital and they are waiting for ambulances to be moved to Quetta," said resident Muzaffar Khan Tareen.

An army helicopter was airlifted at least nine of the seriously injured to Quetta, the state-run Associated Press Pakistan reported.

Aftershocks were being felt across the region.

Pakistan sits on top of colliding tectonic plates and earthquakes are common.