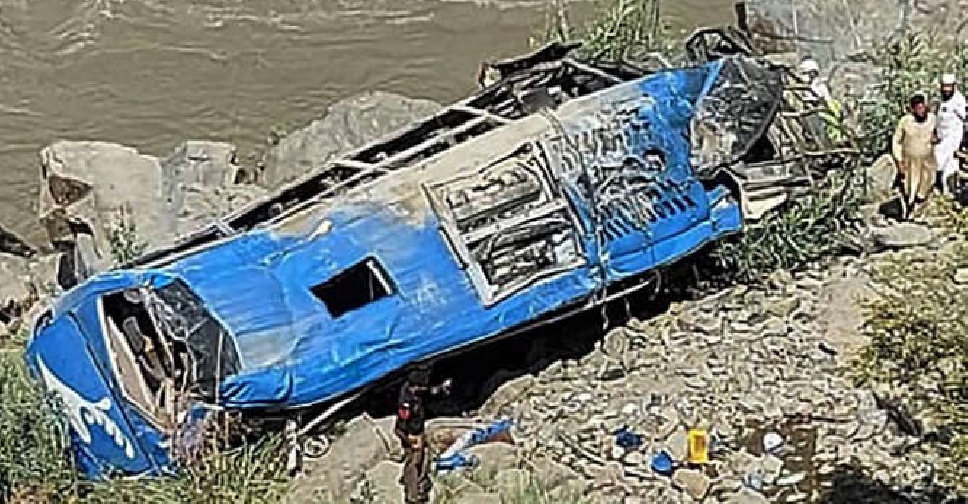 At least 13 people, including nine Chinese nationals and two Pakistani soldiers, were killed in a blast targetting a bus in a remote region of northern Pakistan on Wednesday.

It was not immediately clear whether the blast was the result of a roadside device or something planted inside the bus.

The Chinese embassy in Pakistan said in a statement that nine of their nationals were killed in the incident.

Inspector General Moazzam Jah Ansari, the top police official of Khyber-Paktunkhwa, the province where the incident occurred, said two soldiers and two locals were also among the dead. Several people were injured.

"The bus plunged into a deep ravine after the blast and caused heavy losses. The rescue operation is launched and the entire government machinery has been mobilised to rescue the injured by air ambulance," a senior government official told Reuters on condition of anonymity.

Ansari told Reuters that the police were investigating.

"Looks like sabotage," Ansari said as he left on a helicopter for the site.

At least three other officials confirmed to Reuters that a blast hit the bus.

A senior administrative officer of the Hazara region told Reuters the bus was carrying more than 30 Chinese engineers to the site of the Dasu dam in Upper Kohistan.

The Dasu hydroelectric project is part of the China-Pakistan Economic Corridor (CPEC), a $65 billion investment plan under Beijing's Belt and Road Initiative that is aimed at connecting western China to the Gwadar seaport in southern Pakistan.

Chinese engineers and Pakistani construction workers have been working on the Dasu hydroelectric project and several others for several years in the region where the blast took place.

The dead and injured, including the Chinese engineers, were brought to the Regional Health Centre in Dasu, about 10 km from the site of the blast.

“Police and the bomb disposal squad are at the site; as soon as the report from the investigation comes, we will be able to tell you the factual position,” Arif Khan Yousufzai, a local official, told reporters outside the hospital.