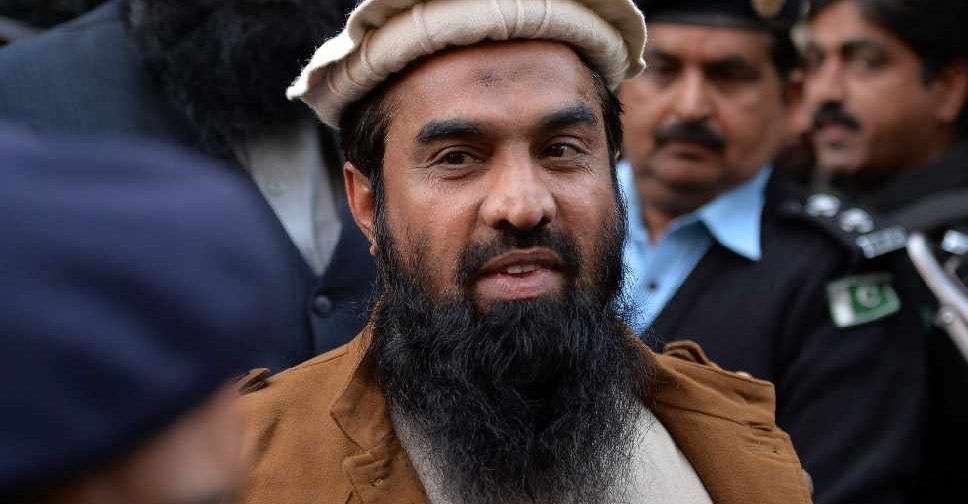 Pakistan on Saturday arrested a leader of a militant group blamed by the United States and India for the 2008 Mumbai attacks, a counter-terrorism official said.

The arrest is in relation to terrorism financing, the official said, and not a specific militant attack.

"Proscribed organisation LeT (Lashkar-e-Taiba) leader Zaki ur Rehman Lakhvi (has been) arrested on charges of terrorism financing," a spokesman for the Counter Terrorism Department (CTD) of the Pakistani province of Punjab said.

The suspect is said to have been running a medical dispensary to collect and disburse funds for militant activities, the spokesman said.

A UN Security Council sanctions committee says Lakhvi is LeT's chief of operations and accuses him of being involved in militant activity in a number of other regions and countries, including Chechnya, Bosnia, Iraq and Afghanistan.

Indian authorities said the lone surviving gunman in the 2008 Mumbai siege, in which 166 people were killed, had told interrogators before his execution that the assailants were in touch with Lakhvi.

India has long called on Pakistan to bring Lakhvi to trial, but Islamabad says Delhi has not provided concrete evidence to try the LeT leader.

He was first arrested in 2008 but was later released on bail.

Imran Gill, Lakhvi's lawyer, confirmed the arrest and told Reuters his case would be heard next week. He did not respond to further questions.

Another man that India says was the mastermind of the Mumbai siege, Hafiz Saeed, was convicted by a Pakistani court on two charges of terrorism financing last year. Saeed denies involvement in the Mumbai attacks.