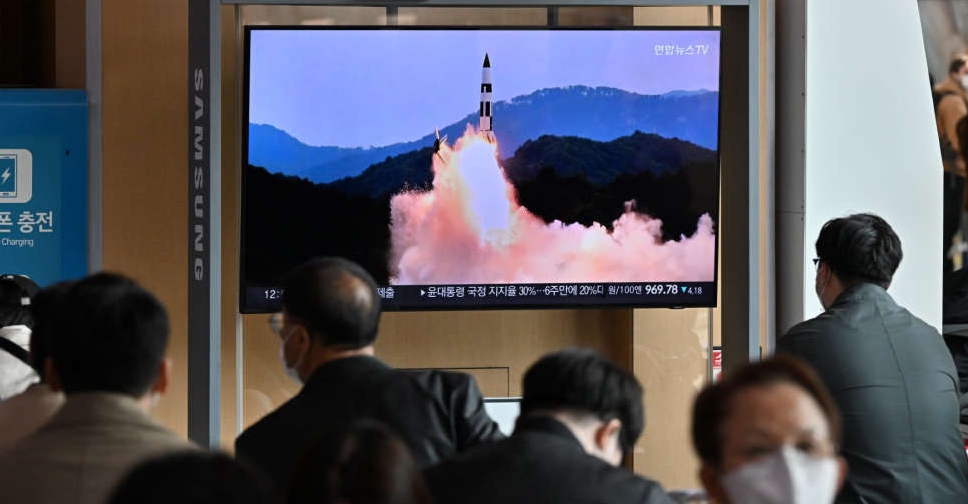 The launch, at a time of growing fears that North Korea is readying for its first nuclear test since 2017, was the latest in a record year of tests, whether of short-range missiles, intercontinental ballistic missiles (ICBMs), or others.

The SRBMs were fired from the Tongcheon area of the North's Gangwon province, the South's Joint Chiefs of Staff (JCS) said, four days after the neighbours exchanged warning shots off the west coast amid rising tension.

"Our military is maintaining full readiness posture," the JCS said in a statement, adding that it had stepped up monitoring and security while co-ordinating closely with the United States.

The launches did not pose an immediate threat to the United States or its allies, the US military's Indo-Pacific Command said in a statement.

However they "highlight the destabilising impact" of North Korea's unlawful weapons of mass destruction and ballistic missile programmes, it added.

South Korean troops were set on Friday to finish the 12-day Hoguk 22 field exercises, which have included some drills with US troops, while South Korean and US aircraft are due to begin major drills on Monday.

North Korea has said its recent missile launches were in protest against the joint exercises, which it says are provocative and a rehearsal for an invasion.

South Korea and the United States say the exercises are defensive and needed to counter the North's threats.

The United States and its allies believe the North could be about to resume nuclear bomb testing for the first time since 2017.

South Korean President Yoon Suk-yeol has said the North has completed all the technical preparations needed for an underground blast at its Punggye-ri test site, which has been officially shuttered since 2018.

A seventh North Korean nuclear test would be further "confirmation of a programme which is moving full steam ahead in a way that is incredibly concerning," the head of the UN nuclear watchdog said on Thursday.

South Korea has warned that a resumption of the North's nuclear testing would have to be met with an "unparalleled" response from the allies, but neither it nor the United States has given details.