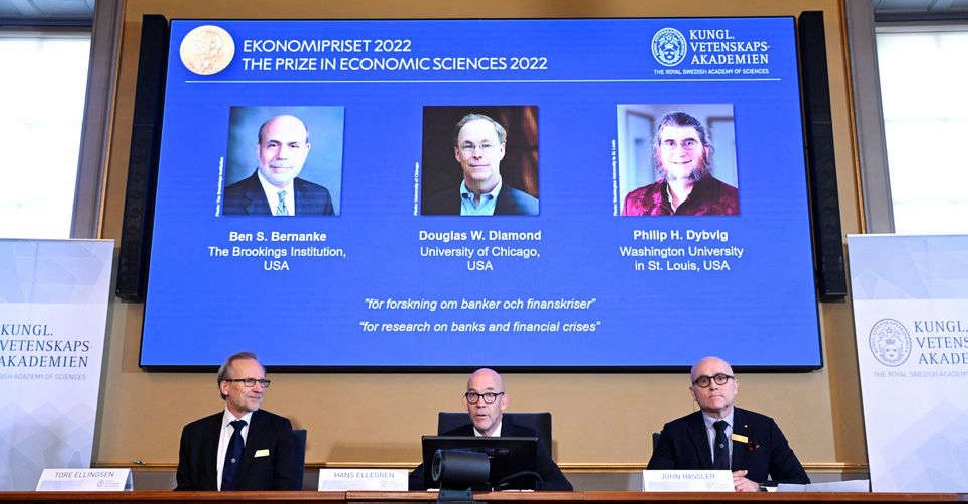 "Ben Bernanke in a paper from 1983 showed with statistical analysis, and historical sources, that bank runs led to bank failures and this was the mechanism that turned a relatively ordinary recession into the depression in the 30s, the world's most dramatic, and, severe crisis that we have seen in the modern history," said John Hassler, member of committee for the Nobel Prize for Economics.

The trio join such luminaries as Paul Krugman and Milton Friedman, previous winners of the prize.

The majority of previous laureates have been from the United States. Only two women have ever won, Elinor Ostrom in 2009 and Esther Duflo in 2019.

The economics prize is not one of the original five awards created in the 1895 will of industrialist and dynamite inventor Alfred Nobel.

It was established by Sweden's central bank and first awarded in 1969, its full and formal name being the Sveriges Riksbank Prize in Economic Sciences in Memory of Alfred Nobel.