No hope of any survivors in Nepal air crash, officials say 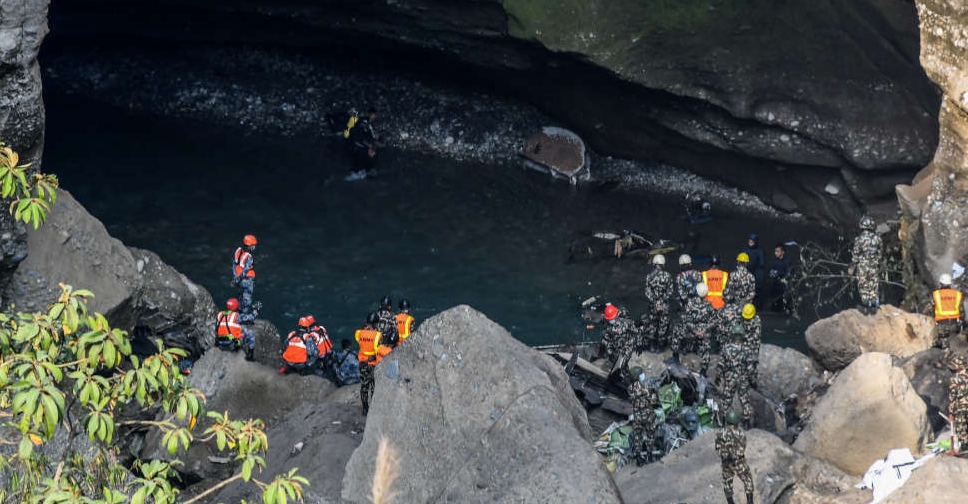 Officials in Nepal said on Wednesday there was no chance of finding any survivors in the plane crash, but workers will continue to search for the remains of the last missing passenger.

Rescue teams used drones and rappelled down deep gorges on Tuesday to sift through the charred remains of the Yeti Airlines ATR 72 turboprop, which was carrying 72 people when it crashed near the tourist city of Pokhara on Sunday morning.

"There is no possibility of finding any survivor. We have collected 71 bodies so far. The search for the last one will continue," Tek Bahadur K.C., a top district official in Pokhara, said on Wednesday.

Identifying bodies and accounting for all 72 people has been difficult because of the state of the remains, said Ajay K.C, a police official at the rescue site.

"Until the hospital tests show all 72 bodies, we’ll continue to search for the last person."

Search teams found 68 bodies on the day of the crash, and two more were recovered on Monday before the search was called off. One more body had been recovered as of late Tuesday afternoon, officials said.

Teams had diverted the flow of a nearby river to look for bodies, said Gurudutt Ghimire, another official who is part of search operations.

"There is nothing left there. But the search will continue."

On Monday, searchers found the cockpit voice recorder and flight data recorder from the flight, both in good condition, a discovery that is likely to help investigators determine what caused the crash.

Because Nepal does not have facilities to read the so called black boxes, the devices will be sent wherever the manufacturer recommends.