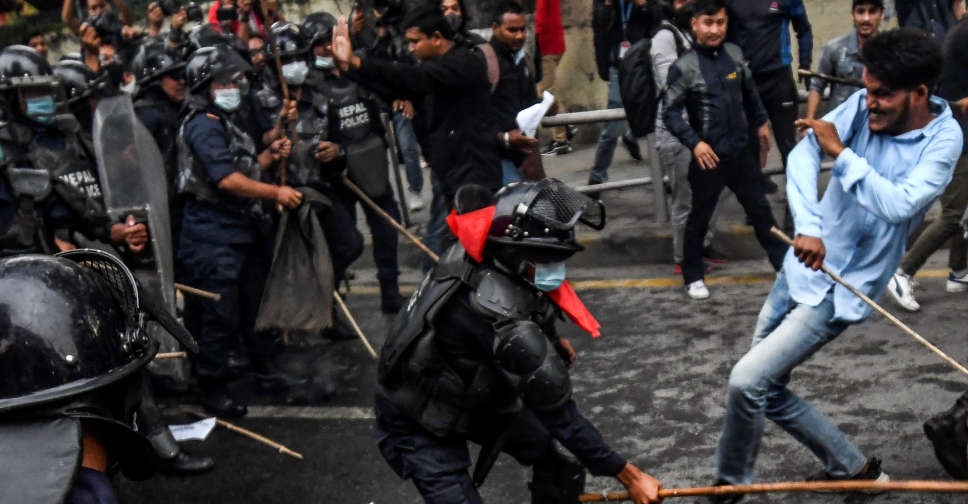 Police in Nepal's capital fired tear gas and charged at protesters with sticks on Monday to break up a demonstration by students against fuel price hikes, officials and witnesses said, in a sign of growing public discontent over rising inflation.

State-owned monopoly Nepal Oil Corporation (NOC) raised the price of one litre of petrol and diesel by 12 per cent and 16 per cent respectively, prompting fears of broader price hikes.

Around 100 protesters from the All Nepal National Free Student Union (ANNFSU), the student wing of the main opposition Nepal Communist Party (Unified Marxist-Leninist) clashed with police after they were stopped from rallying in Kathmandu.

"This is an act of the government's sheer irresponsibility," Girish Thagunna, a protester, told Reuters, referring to the price hike. "This is wrong and should be withdrawn immediately."

Dinesh Mainali, a police official, said protesters threw stones and damaged a police vehicle but that there were no injuries or arrests.

Fares for public transport and goods vehicles had been increased by up to 7.7 per cent following the fuel price increase, local authorities said.

Nepal's 29 million people are facing a surge in food and energy prices, raising the risk of social unrest. Annual retail inflation accelerated to a six-year high of 7.87 per cent in mid-May.

Supplies Minister Dilendra Prasad Badu told a parliamentary committee on Monday that the hike was necessary because of an increase in global oil prices and to help the loss-making NOC to pay for imports.