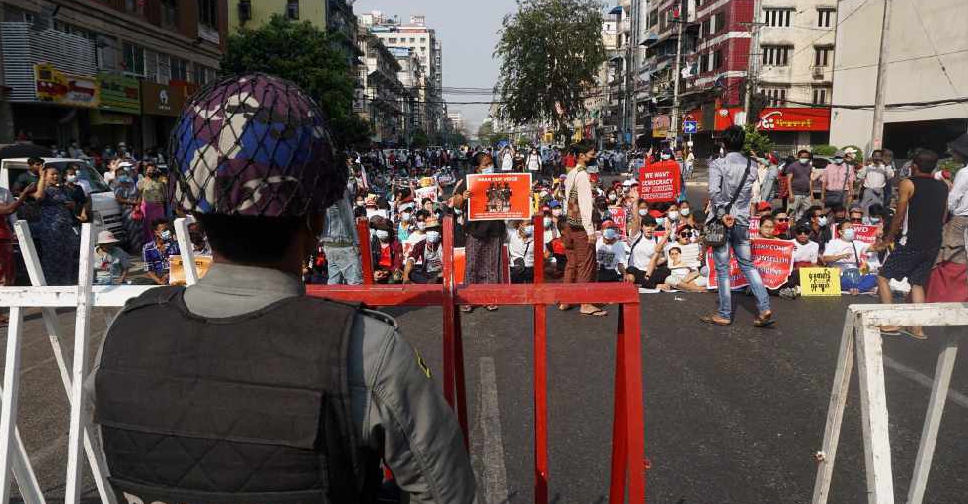 A young woman protester in Myanmar who was shot in the head last week as police dispersed a crowd died on Friday.

It's the first death among opponents of a February 1 coup from two weeks of demonstrations across the country.

Mya Thwate Thwate Khaing, who had just turned 20, had been on life support since being taken to hospital on February 9, after she was hit by what doctors said was a live bullet at a protest in the capital, Naypyitaw.

"I feel really sad and have nothing to say," said her brother, Ye Htut Aung, speaking by telephone.

Her death is likely to become a rallying cry for the protesters who were again on the streets on Friday.

The day marks two straight weeks of daily demonstrations against the military's seizure of power and the arrest of elected leader Aung San Suu Kyi.

The protests in towns and cities throughout the ethnically diverse country have been more peaceful than the bloodily suppressed demonstrations during nearly 50 years of direct military rule up to 2011.

But police have fired rubber bullets several times to break up crowds. The army says one policeman died of injuries sustained in a protest.

As well as the daily protests, a civil disobedience campaign has paralysed much government business and international pressure is building on the military.

Police in Yangon sealed off the city's main protest site near the Sule Pagoda, setting up barricades on access roads to an intersection where tens of thousands have gathered this week.

Hundreds of people gathered at the barricades anyway, a witness said, while a procession of several thousand formed at another favoured protest site near the university.

In the northern city of Myitkyina, baton-wielding police and soldiers sent protesters scattering, video on social media showed, after young people waving signs and flags drove around on motorbikes and confronted police blocking some roads.

Clashes have occurred in the town, the capital of Kachin State, over the past two weeks with police firing rubber bullets and catapults to disperse crowds.

Britain and Canada announced new sanctions on Thursday and Japan said it had agreed with India, the United States and Australia on the need for democracy to be restored quickly.

A small group of opponents of the coup gathered outside the British embassy in Yangon saying they wanted to offer thanks for the support. A member of staff came out to talk to them.