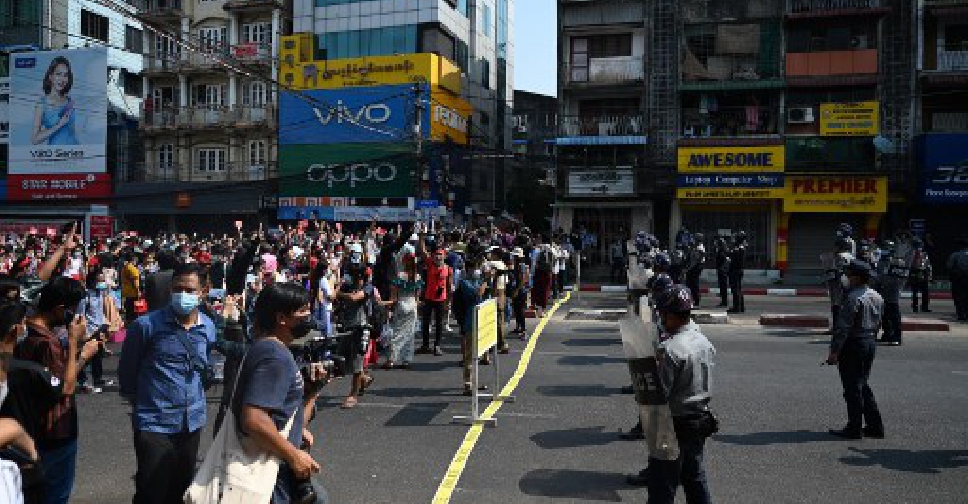 Myanmar's junta shut down the internet in the country on Saturday as thousands of people took to the streets of Yangon to denounce this week's coup and demand the release of elected leader Aung San Suu Kyi.

Many in the crowd wore red, the colour of Suu Kyi's National League for Democracy (NLD) which won November 8 elections in a landslide, a result the generals have refused to recognise claiming fraud.

As the protest swelled and activists issued calls on social media for people to join the march, the country's internet crashed.

Monitoring group NetBlocks Internet Observatory reported a "national-scale internet blackout", saying on Twitter that connectivity had fallen to 54 per cent of ordinary levels. Witnesses reported a shutdown of mobile data services and wifi.

Many had sidestepped the ban on sites such as Facebook by using virtual private networks to conceal their locations, but the more general disruption to mobile data services would severely limit access to independent news and information.

"Internet already down but we will not stop raising our voice," wrote a Twitter user with the handle Maw Htun Aung. "Let’s fight peacefully for democracy and freedom. Let’s fight until the last minute for our future."