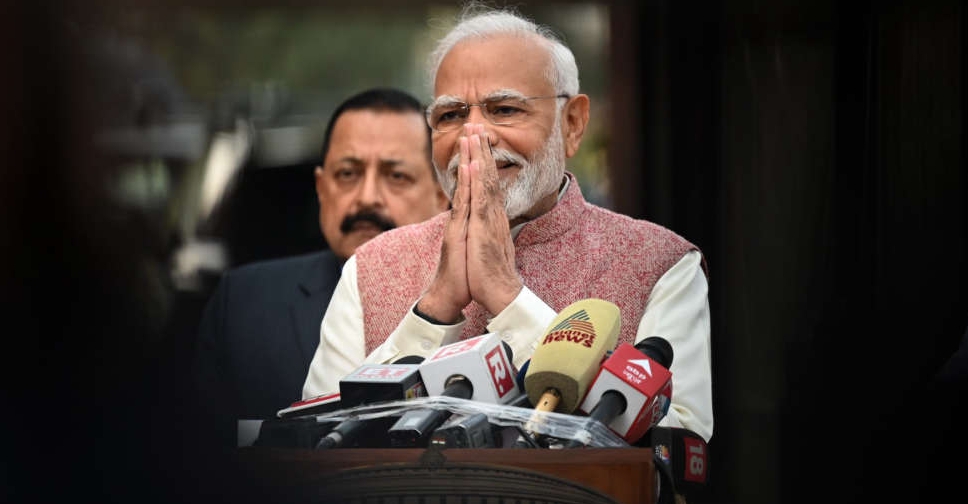 Indian Prime Minister Narendra Modi's Bharatiya Janata Party (BJP) was set to win the biggest majority by any party ever at elections in his home state of Gujarat on Thursday, a big boost to the party ahead of general elections in 2024.

The western industrial state of Gujarat is a bastion of the BJP, which has not lost state assembly elections there since 1995. Modi was Gujarat's chief minister for 13 years before becoming prime minister in 2014.

With final results likely to be announced in the next hours, the BJP was ahead in 156 seats out of a total 182 in Gujarat's state assembly elections and was set to surpass its best results in Gujarat when it tallied 127 seats in 2002.

The final count was set to become the highest won by any party in Gujarat, bettering the 149 seats the Indian National Congress won in 1985.

"This is a victory of the unwavering faith of people of Gujarat in BJP's good governance. Thank you Gujarat!," Chief Minister Bhupendra Patel wrote on Twitter as hundreds of supporters danced and beat drums in celebration at the BJP office in state capital Gandhinagar.

Modi remains widely popular in the country, partly due to economic growth and also because of his strong base among India's Hindu majority population, despite critics pointing to rising inflation and unemployment.

He is eyeing a third term as prime minister in 2024 and campaigned extensively across the state in the run-up to the Gujarat vote.

The landslide win in Gujarat will come as a welcome boost for the BJP, which lost control of the municipal corporation in the national capital Delhi to the Aam Aadmi Party (AAP), in results announced on Wednesday.

By 9 GMT, the count showed that India's main opposition party Congress looked on track to secure at least 16 seats, far below the 77 seats it won in 2017, while the AAP, which emerged in 2012 out of an anti-corruption movement was ahead in five constituencies, having won none the last time.

However, the BJP looked set to lose control of the small northern state of Himachal Pradesh in another state election on Wednesday, with Congress on track to win at least 39 out of a total 68 seats.

BJP was hoping to ride on Modi's aggressive campaigning to retain power in Himachal Pradesh but was clearly behind, winning nine and leading in 17 seats as counting continued.

It will leave the party and its allies in control of 15 states and one federal territory in India.