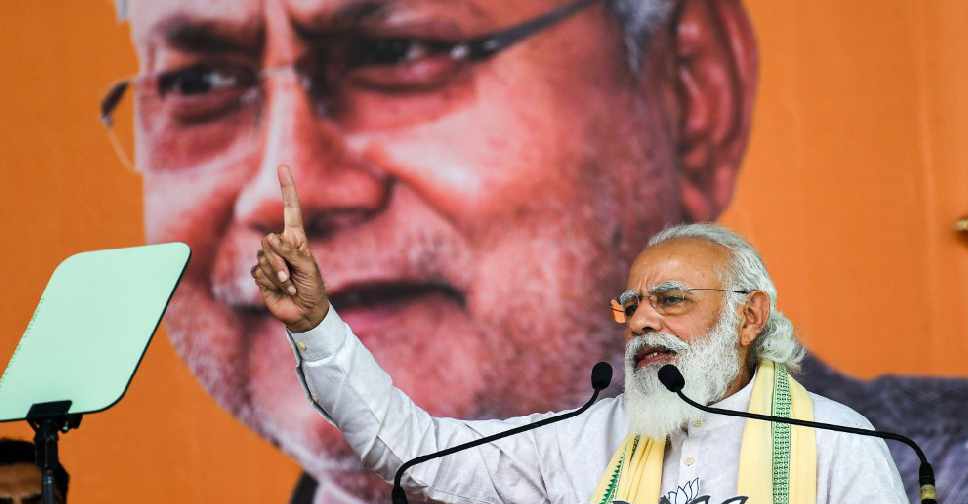 Indian Prime Minister Narendra Modi's coalition retained power in Bihar state, results showed on Wednesday, in what was a referendum on Modi's handling of COVID-19.

Modi's coalition won a fourth straight term in Bihar, the third-most populous state and one of the poorest in India, the country which has recorded more than 8.5 million COVID-19 cases, the world's second-highest tally after the United States.

The counting process took much longer than usual because more electronic voting machines were deployed to avoid crowding in polling centres as per health rules.

"This result not only reflects the faith of the poor, labourers, farmers and youth in the successful fight of the Modi government against corona but is also a lesson for those who mislead the country," the BJP's second-most powerful leader, interior minister Amit Shah, said on Twitter.

Modi, who had announced a slew of projects for Bihar days before its three-phase voting started last month, said the win showed the state's only "aspiration" was economic development.

About 1.5 million lowly paid workers from Bihar were forced to head back home from cities such a New Delhi and Mumbai, many on foot carrying luggage and children on their shoulders, after the factories or other places they worked in shuttered following Modi's sudden announcement of a national lockdown in late March.

Their images and videos had made national and international headlines. Many are now starting to regain work as the economy has been almost fully reopened.

Bihar's unemployment rate has averaged 22.6 per cent since April, compared with 13 per cent for the country as a whole, data from private think-tank Centre for Monitoring Indian Economy shows.

The state sends the fourth-highest number of lawmakers to the lower and upper houses of parliament, and whoever rules it generally goes on to do well in electing those leaders too.

After Bihar, the BJP is expected to do well in state elections in Assam and West Bengal next year, though it has yet to form a strong base in the southern state of Tamil Nadu that also votes in 2021.