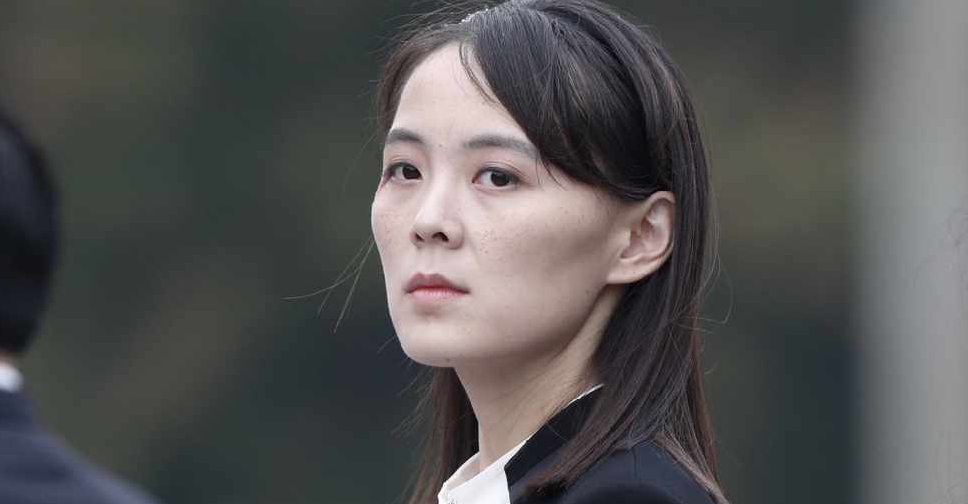 The name of North Korean leader Kim Jong Un's sister was missing from a new list of the ruling Workers' Party's powerful politburo, sending mixed signals about her status after years of increasing clout.

The party held elections on Sunday for its Central Committee during its ongoing multi-year congress, which maps out diplomatic, military and economic policy goals over the next five years.

Kim Yo Jong, Kim Jong Un's sister, remained a member of the Central Committee but was not included on its politburo list, state news agency KCNA showed, confounding widespread expectations from observers of the reclusive regime.

The change came days after Kim Yo Jong took the leadership podium for the first time alongside 38 other executives as the congress kicked off.

Her influence has grown dramatically in recent years, initially as what appeared to be the young leader's personal secretary, and then his special envoy to South Korea and a deputy director of a key party department overseeing personnel and organisational affairs.

In 2017, she became only the second woman in patriarchal North Korea to join the exclusive politburo after her aunt Kim Kyong Hui.

"It is too early to draw any conclusion about her status, as she is still a Central Committee member and there's a possibility that she has taken up other important posts," said Lim Eul-chul, a professor of North Korean studies at Kyungnam University in Seoul.

The committee elected Kim Jong Un general secretary of the party, taking over the title from his late father in a largely symbolic move seen aimed at further cementing his power.

The congress "fully approved" a proposal for promoting Kim to the position, KCNA said, calling it "head of the revolution and centre of guidance and unity."

Kim has wielded almost absolute power in dynastically ruled North Korea since taking over following the death of his father Kim Jong Il in 2011. In 2012, the party named Kim Jong Il "eternal general secretary" and Kim Jong Un "the first secretary" at a conference.

"Kim's takeover showed his confidence that he has now officially joined the ranks of his father and grandfather," said Yang Moo-jin, a professor at the University of North Korean Studies in Seoul.

"It also indicates his strategic intention to centralise the party system around him and reinforce his one-man rule."

The elections also highlighted the stellar rise of Jo Yong Won, who was newly named to the politburo's five-strong presidium and the party's formidable Central Military Commission.

Choe Son Hui, a vice foreign minister who was instrumental in preparing for a second, failed summit with U.S. President Donald Trump in 2019, was demoted.