Mexico says COVID-19 has affected a fourth of its population 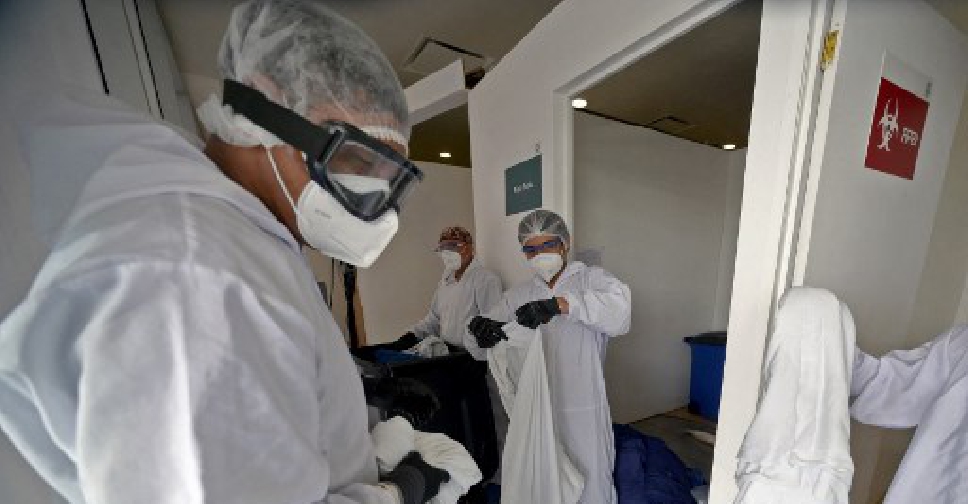 Cleaning workers collect contaminated clothing at the hospital of the Mexican Institute of Social Security (IMSS), where COVID-19 patients are treated, in Mexico City on June 2, 2021. ALFREDO ESTRELLA / AE / AFP

About a quarter of Mexico's 126 million people are estimated to have been infected with the coronavirus, the health ministry said on Friday, far more than the country's confirmed infections.

The 2020 National Health and Nutrition Survey (Ensanut) showed that about 31.1 million people have had the virus, the ministry said in a statement, citing Tonatiuh Barrientos, an official at the National Institute of Public Health.

The government has said previously the real number of cases was likely to be significantly higher.

According to Barrientos, not all of the people in the survey's estimate necessarily showed symptoms. The survey was based on interviews with people at 13,910 households between Aug. 17 and Nov. 14 last year, and confirmed preliminary results released in December.